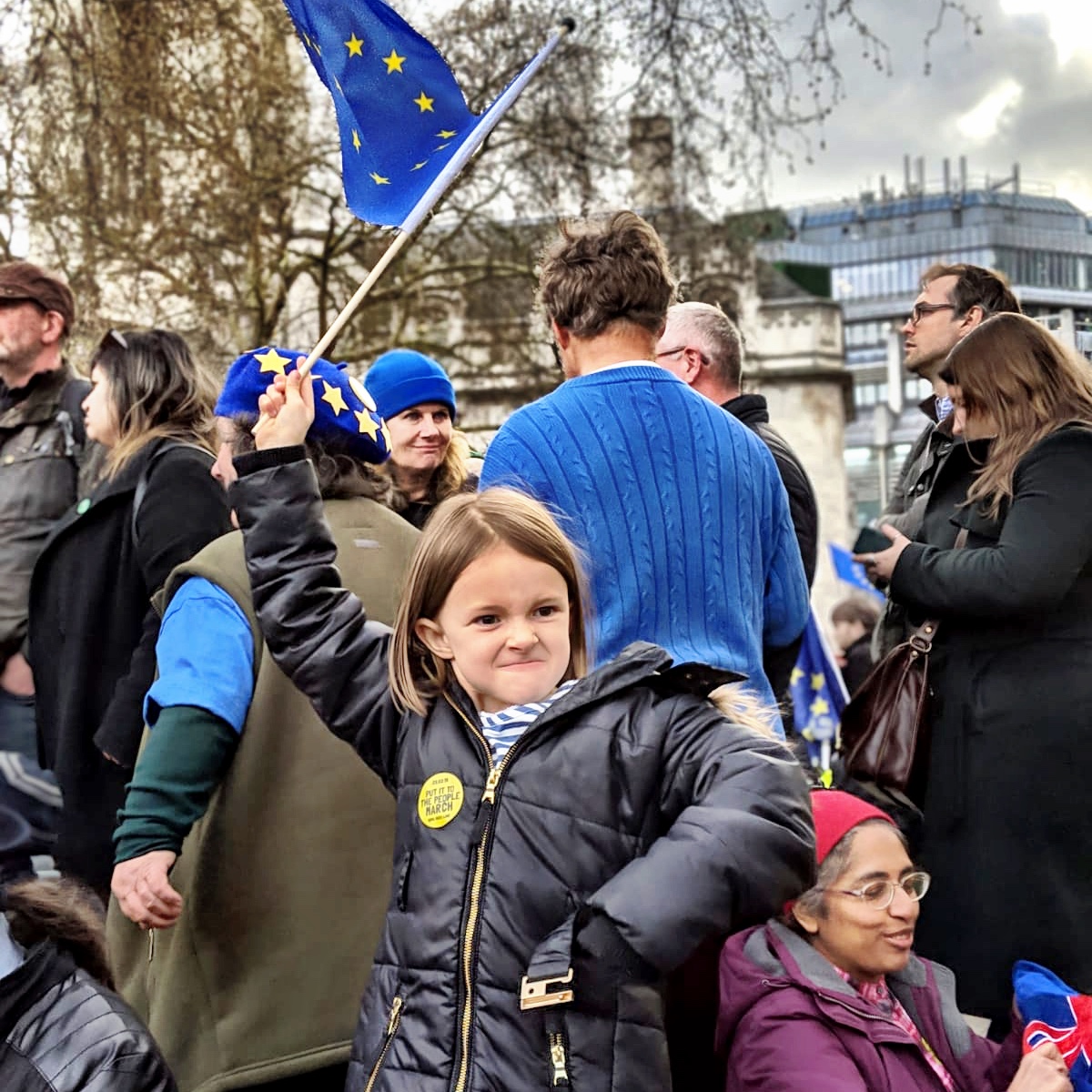 Unless you’ve been living under a rock recently (which to be frank is highly tempting) you will have noticed the endless debates about Brexit that have circled the UK like vultures as the deadline for us to leave the EU approaches.

It has been three years since David Cameron inadvisedly called the referendum, convinced the result would fall in the EU’s favour but underestimating quite how disenfranchised and disillusioned the country had become after six years of Tory austerity politics.

The campaign that followed was riddled with lies and finger-pointing, highlighting divisions between young and old, rich and poor, ‘experts’ and ordinary people. It brought out of the woodwork thinly veiled xenophobia and racism whipped up by the right-wing press. And victory, as we have been painfully reminded numerous times since, fell narrowly to the camp of those who wanted to Leave.

I ran a gamut of emotions in the months that followed: despair at the prospect of losing such a key part of my identity, dismay at the hatred spewed by so many of my fellow Britons, confusion as to how the Leave campaign could have been allowed to get away with such blatant lies. There have been brief moments of elation in the company of fellow passionate Remainers: on the streets in London as hundreds of thousands protested against the farce that has unfolded and in online discussions as nearly six million people signed a petition to knock the whole thing on the head. More often though I have found myself seized by a simmering anxiety: of the jobs that will be lost and relationships shattered if, as looked likely until very recently, we were to crash out with No Deal.

The tide is, however, tentatively beginning to turn. Whilst Theresa May’s government have repeatedly said that they will not entertain the notion of not following through on Brexit – whatever the consequences – there are many others in parliament who are brave enough to stand up and say that it is not the right thing for our country. They have been accused of subverting democracy, of going against the ‘will of the people’. And this is a position I truly sympathise with. However the campaign that convinced many of them to vote to Leave the EU has been shown to be so fraudulent, so enmeshed with questionable agendas from those seeking financial gain in the form of money or power (both within the UK and further afield as other regimes used it as an excuse to subvert our democracy), that it simply cannot be taken at face value. Even if this were not the case, the consequences for people’s everyday lives are potentially so catastrophic that it would be unbelievably irresponsible of our elected Members of Parliament to allow them to unfold unchallenged.

The obvious solution, one which has been mooted on many occasions by voices both within and outside parliament, is to give the public another vote on whether leaving the EU really is what they want to do, but I don’t believe that goes far enough.

With what we know now, revoking Article 50 is the only logical way forward – and these are some of the reasons why.

We need to secure our childrens’ financial future

One of the most compelling arguments used by the Leave campaign was that the EU cost us too much money: money that would be much better spent on home shores. In reality it is Brexit that is costing a fortune.

As of May 2018, the cost of Brexit was estimated at £40 billion and counting. The result of the referendum knocked 2% off the economy, leaving each UK household £900 worse off a year than if the country had voted to Remain.

All current projections for the financial impact of Brexit indicate that there will be further bad news for the UK economy if it goes ahead, with the effect of a ‘no deal’ Brexit being particularly devastating. Food prices will rise, and businesses are already deserting the country in droves at the very prospect of the chaos leaving the EU will bring.

Given that nearly four million children in the UK are currently living in poverty, further decimation of our economy is something that we can ill afford – and that’s before we even begin to consider the impact lack of funding is having on our schools and health service.

We need to protect our childrens’ human rights

Something that has been thrown into stark relief during the Brexit debates is how flexible peoples’ morality can be when faced with the promise of money or power.

With this in mind, we need to be extremely wary of any potential it will give for our government to sacrifice our human rights on the pyre of progress and profit. May’s track record in standing up for human rights is pretty dire, and there are many who believe that the Brexit she is pushing will give her the opportunity to put her disdain for our rights into practice.

Our childrens’ human rights are already being undermined by the poverty that is rife in our country: they need more protections, not less, if we are to build a future in which they can flourish.

There is an extremely compelling argument that all of this talk of Brexit is irrelevant anyway, given the imminent collapse of our natural environment.

The reality though is that, at least insofar as the UK can have an impact, the outcome of the Brexit debate is crucial.

80% of our environmental laws come from the EU, covering areas as diverse as fracking, bees, air quality and food. With the current market-driven Brexit alternatives that are being pursued there is no guarantee that longer-term environmental concerns will win out over short-term gains.

The situation becomes increasingly worrying when we consider the need to build up new supply chains to make up for lost EU trade. Chlorine-washed US chicken anyone? And that’s just the start of it…

We need to heal the wounds caused by fear and hate

Since the Brexit campaigning began, incidences of xenophobia and racism have increased in this country – and they continue so as the notion of us as an island fending for itself becomes ever more embedded.

The level of hate this has inspired is deeply unsettling. You might have hoped that the tragic death of MP Jo Cox, assassinated for her pro-Remain stance in the lead up to the referendum, would have been a wake-up call for casual bigots, but the reality is that it was just the beginning.

Every day I hear about another pro-Remain MP receiving death threats, a fate also extended to the woman behind the viral petition to Revoke Article 50.

We desperately need to move the dialogue in this country away from the things that divide us – and, I would argue, away from a policy which seeks to turn the clock back to a time when European unity was far from a given.

I have hinted at several of these things above, but the cold reality is that whilst Brexit has dominated the headlines a huge number of important issues facing our country have been allowed to fall by the wayside.

Austerity, the Environment, Education, the NHS: all areas which are hugely impacting on our country and which have been hugely neglected in recent months.

I am not convinced at all that this has not been intentional on the part of our government, but we cannot allow them to continue to distract from the real damage they are causing to the fabric of our society by focusing their energies on chasing the impossible goal of a Brexit that parliament will agree on.

With all of this in mind, it is clear to me that this experiment has failed.

We need to give our young people a voice: to show solidarity with the 71% of 18-24 year olds who voted Remain in the 2016 referendum, and the many, many more who were denied a say in their futures because they were not yet old enough to vote.

There is no Brexit that suits all of the people that want to Leave the EU, but there is one simple solution for those who want to Remain.

Our children will thank us for it, and we can focus our attention on the issues that, tentatively, might allow us to rebuild our country.

If you have not already, please consider signing the official petition asking parliament to Revoke Article 50. You might also want to email your MP to let them know your views.