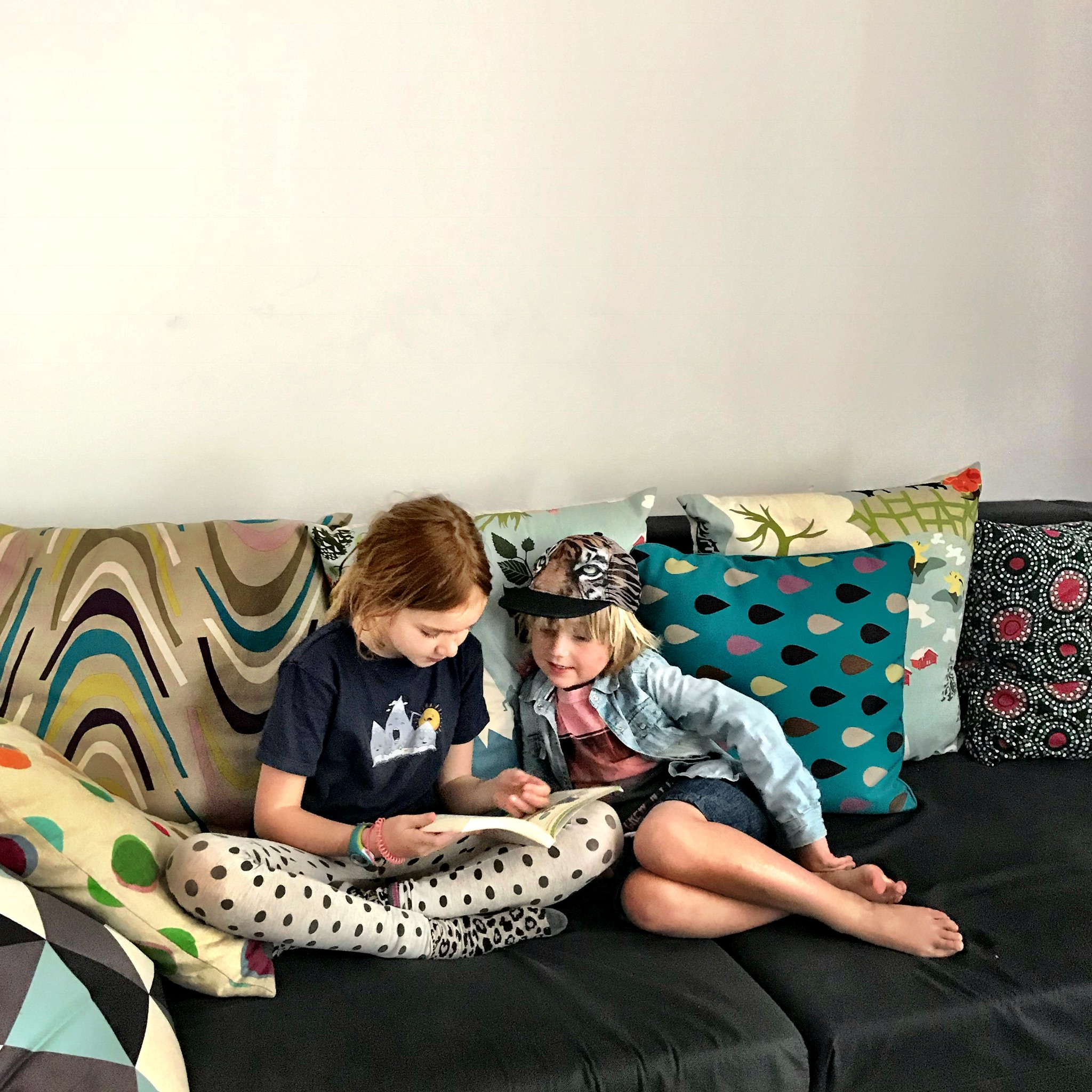 In the weeks and months leading up to this adventure, one of the things I dreamt about was watching Arthur charge around campsites with the new friends he would meet on the road: bonds cemented by the peculiar intensity that travelling (and especially camping) brings; energy released (and stamina invigorated) through play and adventure.

Our early camping experiences didn’t quite bear this out.

There were very few people around at the places we stayed, and even fewer kids. Unsurprising perhaps, given that we are travelling outside of school holidays. I’m thinking that there should maybe be an app for home educating families to locate each other when all other children are hidden away… But I digress.

The time of year probably didn’t help either – April is right at the beginning of the European camping season, and several of the sites we’d hoped to stay in weren’t even open. Those that were accepting visitors were clearly only catering to hardier campers. Or British ones like us who think nothing of camping in gales if it means making the most of a UK summer.

The whole situation made for lots of family bonding, but there was precious little opportunity for Arthur to branch out on his own.

As we moved further South, and the rain gave way to sunshine, our path started to feel a little less lonely. It was when we were in Ibiza that we first noticed a real shift – there were lots of kids around, from lots of different countries. Arthur found a friend who spoke English, and spent a blissful couple of hours lost in play. 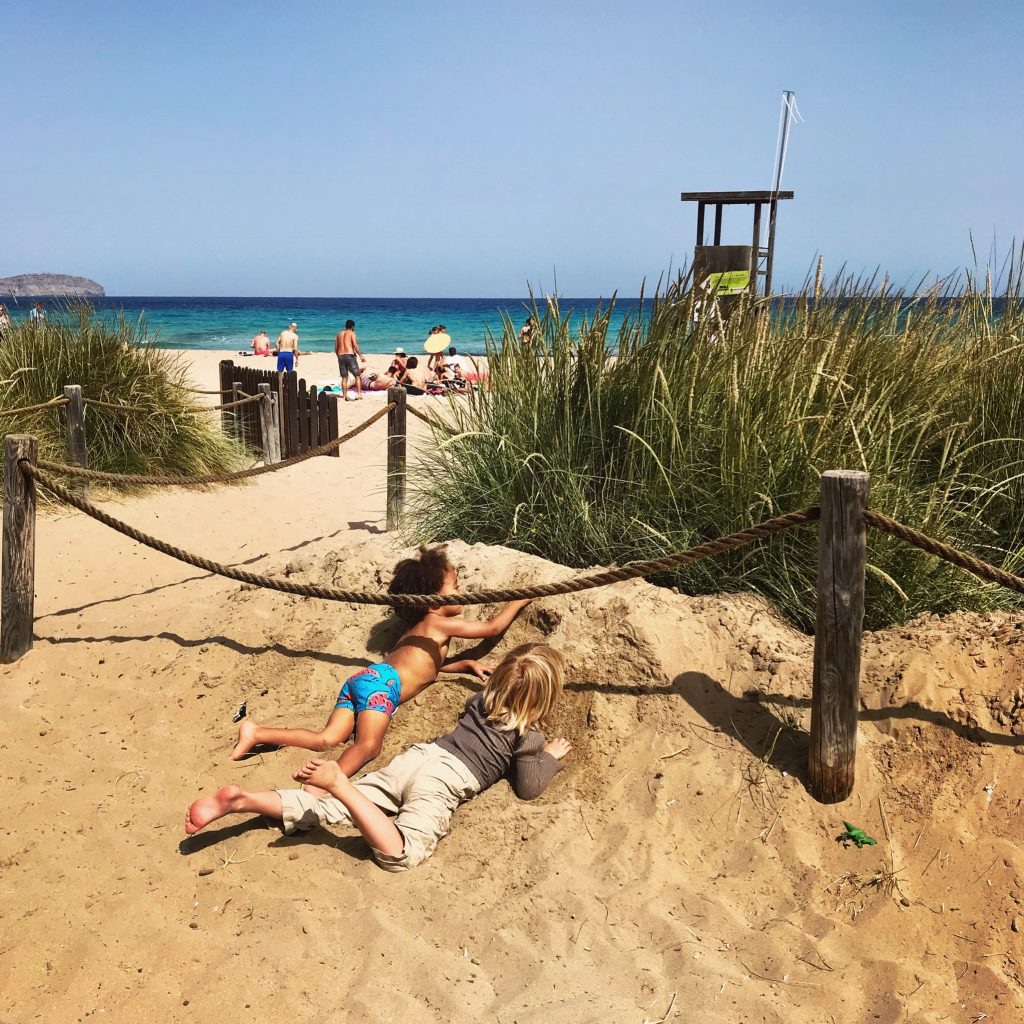 On the whole, though, when potential playmates appeared they were speaking a different language. And for Arthur, already struggling with the newness of everything every single day, that seemed an unsurmountable barrier to the companionship he craved.

We tried of course to work on the basics of the different languages we encountered – Spanish, Portuguese, French, Italian. We practised key words together, and tried to help him identify which language it was he needed to draw on depending on the nationality of the people we met. All a bit of a tall order for a monolingual five year old! It was only when speaking English that Arthur found the confidence to interact with strangers: the fact that kids were speaking a language he didn’t understand was enough to make him retreat, clearly keen to play but unable to connect.

He mastered a few words of Spanish, and listened captivated as our young friends in Barcelona switched seamlessly between Spanish and Catalan and English. They were wonderful with Arthur, giving him the attention he needed to boost his confidence for the next phase of our trip. 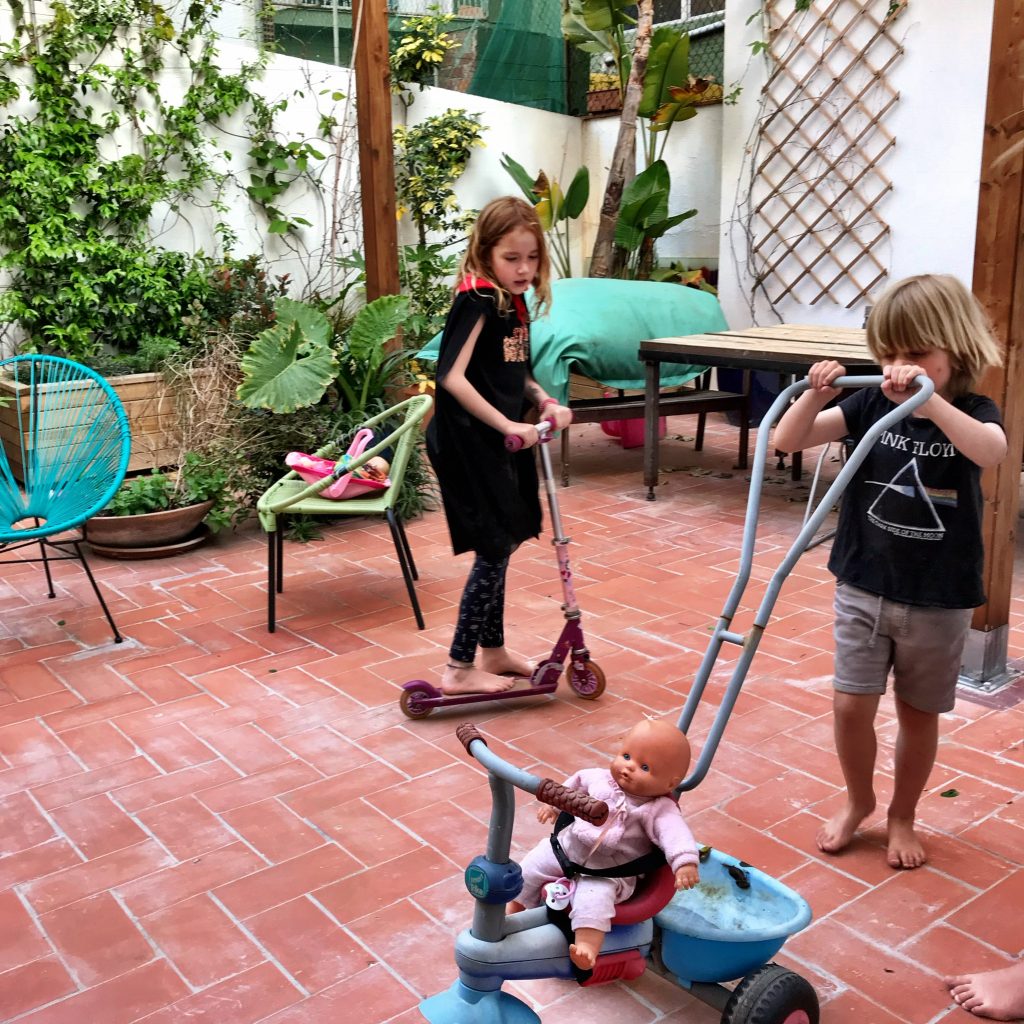 In Tarragona he bonded with some French boys in a café playground over lunch, but that opportunity was shortlived. They’d spoken English, which had helped.

Then in Italy we had a breakthrough.

We were camping on the shores of Lake Como: a stunningly beautiful spot, and actually a wonderfully thought out family campsite. Kids could safely roam around the pitches, racing to and from the playground where Arthur soon engaged in wordless play.

Later, sat building lego on the grass, a little boy came over. He just stood and watched at first, and Arthur eyed him suspiciously. I assured him that this newcomer wasn’t looking to steal his toys, but Arthur was unconvinced. Gradually the boy became braver, inching forwards to look more closely at what Arthur was making.

When he spoke, it was in German – a language I am almost entirely unfamiliar with, so could not even assist with the rudimentary translations I could offer with Spanish or French.

Despite this, there was a common language at work: the language of play.

The boy ran off after a while, returning with some of his toys to share. Arthur got out his rucksack too, laying out the motley selection of playthings that had joined us on the trip. Leigh and I took it in turns to mediate whilst Arthur’s confidence grew, and soon he and his new friend were communicating just fine, despite having no shared words at all. 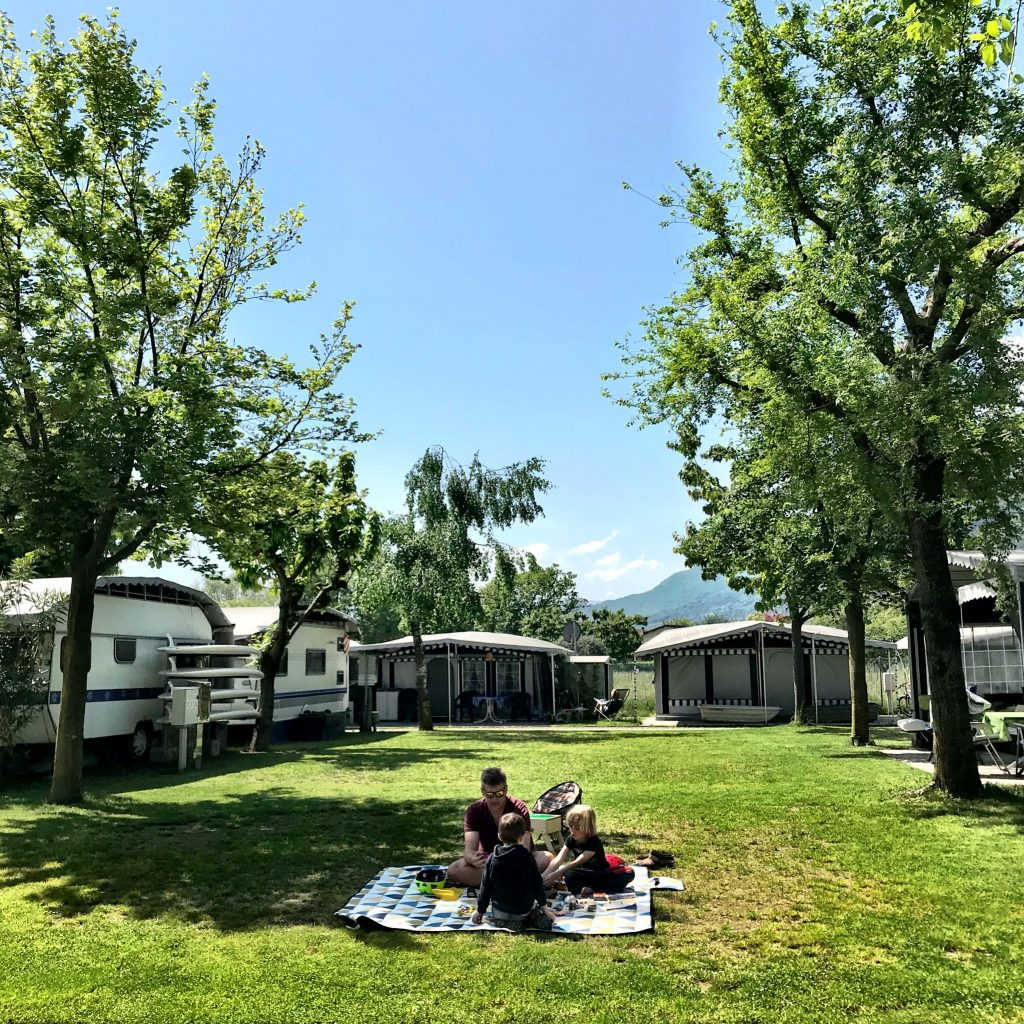 They were almost inseparable for the rest of our time at that campsite – racing around on their scooters, soaking each other with water under the blazing sun, collapsing in giggles at the false teeth they’d bought for a euro each from a machine at reception.

We were sorry to have to move on, though we’ve exchanged details with plans to perhaps meet up somewhere in Europe in the future!

And once the spell had been broken and Arthur had realised that communication goes way beyond the words we speak he became much more confident to break through the language barrier.

At a campsite in the South of France he spied a group of children about his age almost as soon as we arrived. He was still reticent at first, insisting that he couldn’t join their play as they were all speaking French.

He still followed them on his scooter though, his red helmet flashing through the trees.

And then a little later Leigh spotted him doing a little show whilst two boys looked on fascinated and amused. Arthur was hiding behind a bush, popping out at intervals to demonstrate his best C3P0 impression before disappearing again. They weren’t too sure what to make of this eccentric English boy with his mop of blond hair, but they definitely wanted to be his friend.

On the morning we left they all played together at the pool, Arthur whooping with delight as they sped down the water slides as a trio and splashed into the water below. 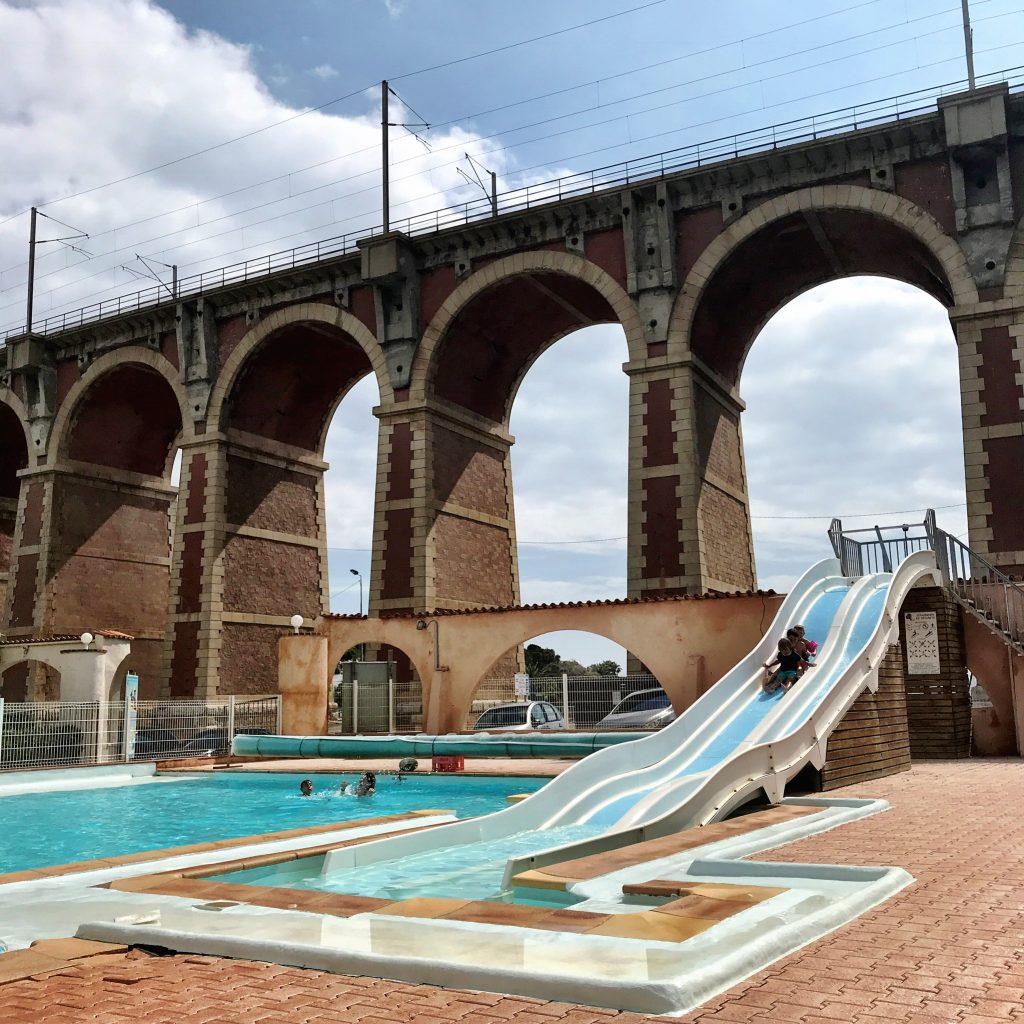 It feels like a real leap forward for Arthur, not just in terms of his enjoyment of this trip but perhaps more importantly in the way it has opened up the world for him – breaking down his perception of ‘the other’, and hopefully paving the way for many more friendships to come.