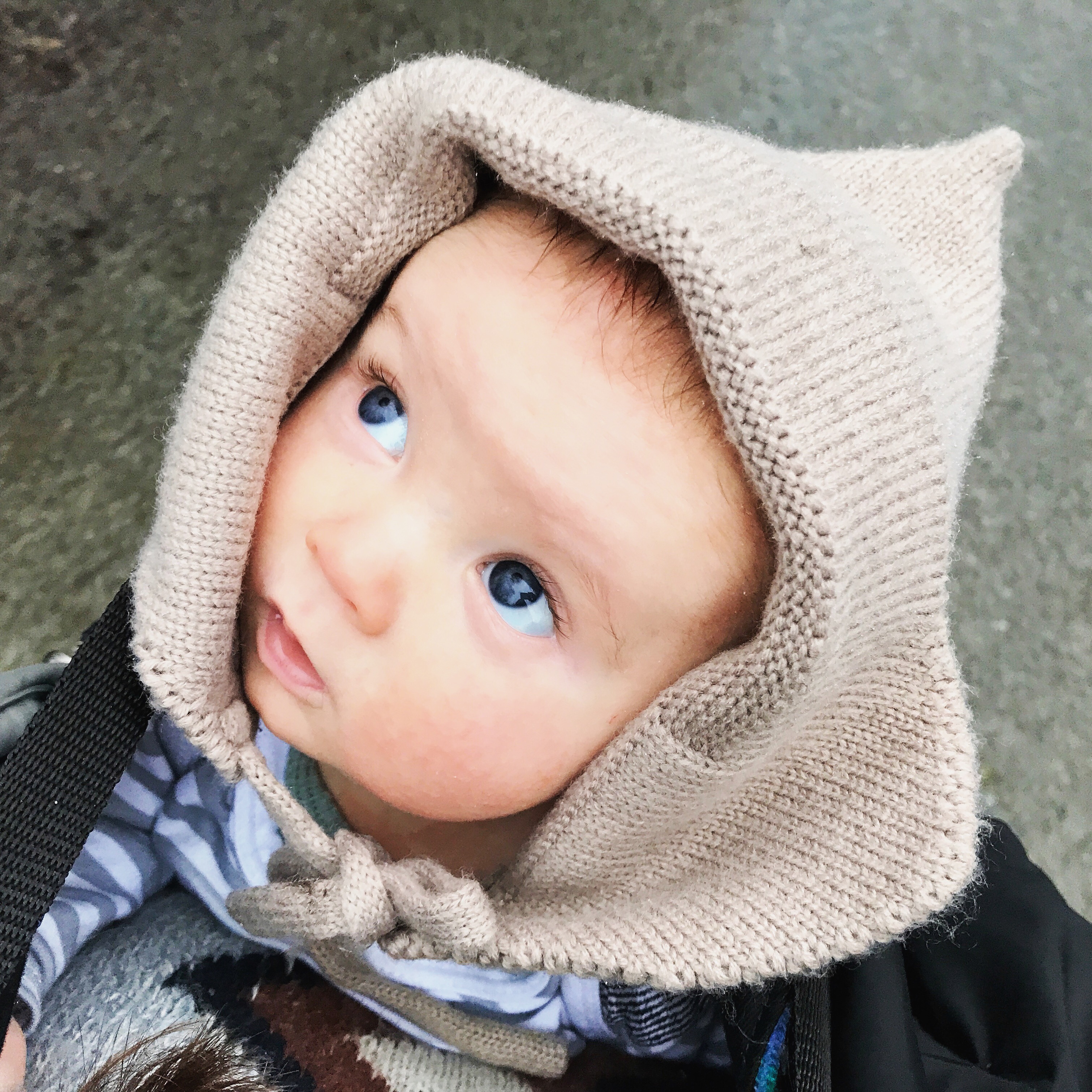 The fourth trimester of pregnancy is such a special time – a tiny baby, not yet unfurled after nine months spent in the womb. A mother meditating on the face of the person she has carried cocooned inside her for all that time. A father finally able to hold the child he helped create. It is a time for recovery and for nurturing, for falling in love and for gently easing into a new life for all concerned.

Of course the romance of all that doesn’t always hold up against the demands of real life. Caring for a newborn is hard, and our society has lost the art of slowing down to allow new parents to adapt. So the reality is that those first three months are bittersweet: full of magic for sure – but full of stress and exhaustion too.

With our first child, we were dealt a bonus hand with the timing of his birth. He arrived just after Christmas – not so great for subsequent birthday celebrations, but pretty perfect for maximising the potential for hibernation as we got to know our baby son. January and February were spent mainly hunkering down under blankets, and as March came and brought with it the beginning of Spring we felt ready to begin the process of introducing him to the world.

Things weren’t quite as straightforward second time around. We were still excitedly finalising the preparations for our planned home water birth when our youngest decided he was ready to join us a whole month early. So instead of being born under fairy lights in the lounge he made his swift arrival in hospital. And instead of snuggling up in our own bed so we all – including our eldest – could get to know this new addition to the family, I was admitted to the postnatal ward and from there to the mothers’ ward attached to the Special Care Baby Unit whilst Orson gently acclimatised to being out of the womb. He spent almost two weeks in and out of incubators to treat his jaundice whilst I first waited for my milk to come in and then struggled against the combined effects of tongue tie and prematurity to bring his weight up.

The care we were given by the doctors and nurses and midwives was fantastic, but a hospital is far from the ideal place to build a nest. Each day I was there I longed to be home – though it was impossible to forget how much more challenging things could have been, and how lucky I was that those were the worst of my worries.

When we were eventually discharged it was such a relief – not only to be able to cuddle my baby in my own bed, but also to begin the process of bonding as a family, which in many ways had been put on hold. It was the longest time by far I had ever spent away from my firstborn, and the insecurities that opened up for him have still not quite healed.

But we were home, and with the tireless support of my mum and some carefully timed annual leave for Leigh we were able to hunker down to some extent for the couple of weeks that followed, to capture something of the magic we had missed and to adapt together to our new normal.

Our new baby was, as newborns are, pretty all consuming – and with an older child to look after too life became something of a blur. Piles of laundry and unexecuted plans began to build up in the corners, and it was hard to see beyond the dirty nappies and leaking boobs that punctuated the rhythms of our days.

And then one day, the mist began to clear. We began to understand each other, this tiny baby and me, and Arthur finally got the reward he’d been seeking when his brother looked at the silly faces he was pulling and laughed. We weren’t getting any more sleep, but our bodies and minds had begun to adapt (or at least our expectations of ourselves had), and we could begin to have proper conversations and make plans for the future.

I could carry Orson in the sling without feeling that I constantly had to check his position with a nervous hand on his back, and feeds were no longer accompanied by tears – mine or his.

We were coming out of the fourth trimester, sufficiently developed as both mother and child for this brave new world to seem a much less daunting place.

For me, that transition officially took place on Christmas Eve, three months after I’d woken to those premature contractions.

For Orson it properly takes place tomorrow as he turns four months old, his milestones a muddle between actual and corrected age – though of course like all babies he is doing things as and when he is ready.

And this transition is as bittersweet as the fourth trimester itself: full of excited anticipation for all that is to come and yet heavy with the knowledge that the baby in my arms will never again be brand new. But then that’s just parenthood all over really isn’t it?

4 thoughts on “Out of the fourth trimester”