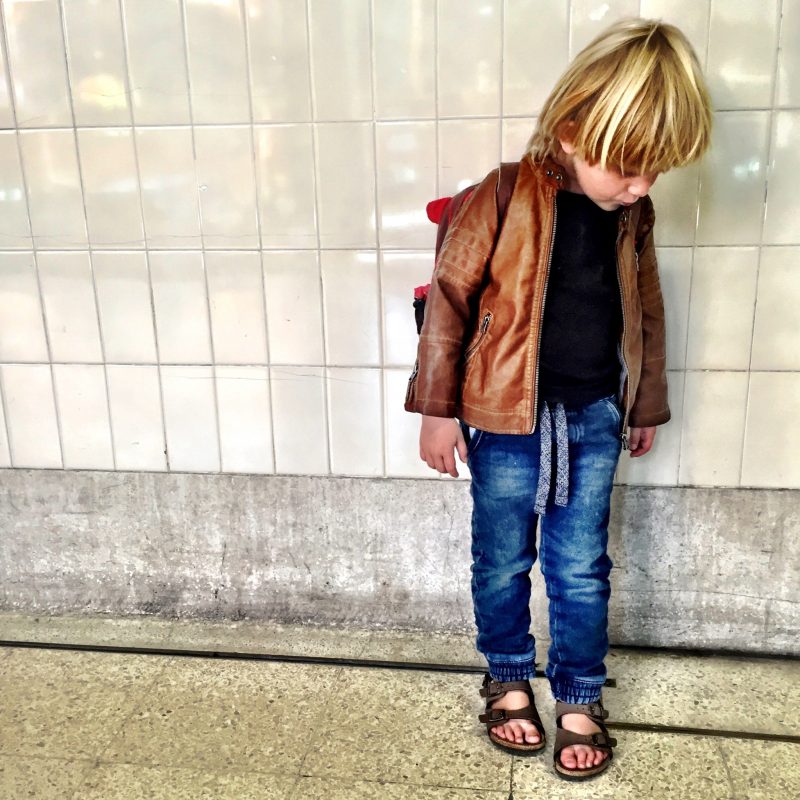 It’s a funny word, ‘good’, especially in the way we apply it to our children.

Amongst its various definitions, ‘good’ can mean ‘to be desired or approved of’ or ‘having the required qualities’. It also has connotations of morality and ethics, reflected in this case (perhaps) in the behaviour that we observe.

However we look at it, something that is rarely disputed is that parents, and society, desire children to ‘be good’. In that sense, I suppose, it’s somewhat tautologous: we approve of our children when they are ‘being good’, to ‘be good’ is what is desired of them. But what does it actually mean?

In practical terms it generally looks something like this: a ‘good’ child is one who is ‘well behaved’, follows instructions without question, does not cause any trouble for the adults looking after them. A ‘good’ child will follow the crowd, will not step out of line, will do exactly what they are asked even if they disagree with it. Actually a ‘good’ child ideally wouldn’t disagree in the first place. A ‘good’ child will be obedient, in body, mind and spirit – complying with orders, and submissive to the authority of the adults around them.

It is easy to see the attraction to parents. When they implore their child to ‘be good’ they are asking not to be shown up, to be seen to be winning at this parenting game by having ultimate control – by being able to influence their child’s behaviour even when they, the parents, are not present. The tools that lie behind that influence are, generally, a system of rewards and punishment of varying degrees that serve to elicit the evidence of these desirable qualities we want to see in our children.

Personally though, I have come to realise that ‘being good’ is not one of the things I aspire to for my child. I do not want him to be compliant, or submissive, or to blindly follow authority. I do have other long term goals for him – an idea of the sort of person I hope he might be. That person is thoughtful, self-assured, happy in his skin, perceptive, compassionate – amongst other things. I hope he will have his own strong sense of morality, of what is right and what is wrong. That he will not be afraid to stand up when he witnesses injustice – and will not stand by and let himself be a part of it.

I can’t force any of those qualities on to him – I can model a way of being in the world which I believe to be right, and I can talk things through with him as his mind grows and develops. Part of that is inevitably the expectations our society has about the way people should behave – I am not saying that by eschewing ‘being good’ as a goal I am trying to raise an anti-social rebel who will never fit in with the people around him. There are times when he is noticeably less compliant than his peers, but he is not rude or unlikeable – in fact quite the opposite.

That is not to say that there are not times when I wish there was a way of instantly getting him to fall in line – when I am tired, when I do not want to negotiate, when I feel the weight of other peoples’ expectations particularly heavily. But none of these are reasons enough to sacrifice the feeling in my gut that I would be doing my son a disservice by expecting him to submit to my authority, and by employing varying degrees of manipulation to achieve that.

In the short term, I do not want to quash his developing personality. I want him to have a strong sense of his own self-efficacy – to believe that his opinion matters, and that he can (and does) shape his future. I want him to trust me, to know that I’m listening. And I want him to begin to develop the independence to make the right choices for himself, rather than the choices that will make other people happy.

This is important not just for his sense of self, but for his ability to navigate the world without me by his side. As is explained eloquently in Alfie Kohn’s Unconditional Parenting a quietly compliant child may all too easily become a teenager who is easily led, transferring that learnt need for direction from his parents to his peers.

As an adult, this ability becomes even more important. I hope that, one day, he will not only be wary of authority but will openly question it – will carve his own route forwards, will not be constrained by other peoples’ opinions of what is possible or what is right.

And none of that is going to be achieved by imploring him to ‘be good’ as a creative, inquisitive four year old (or indeed the flip side of that which is admonishing him if he decides to ‘be naughty’). I’m much more interested in seeing him ‘be himself’ – wherever that journey might take us.