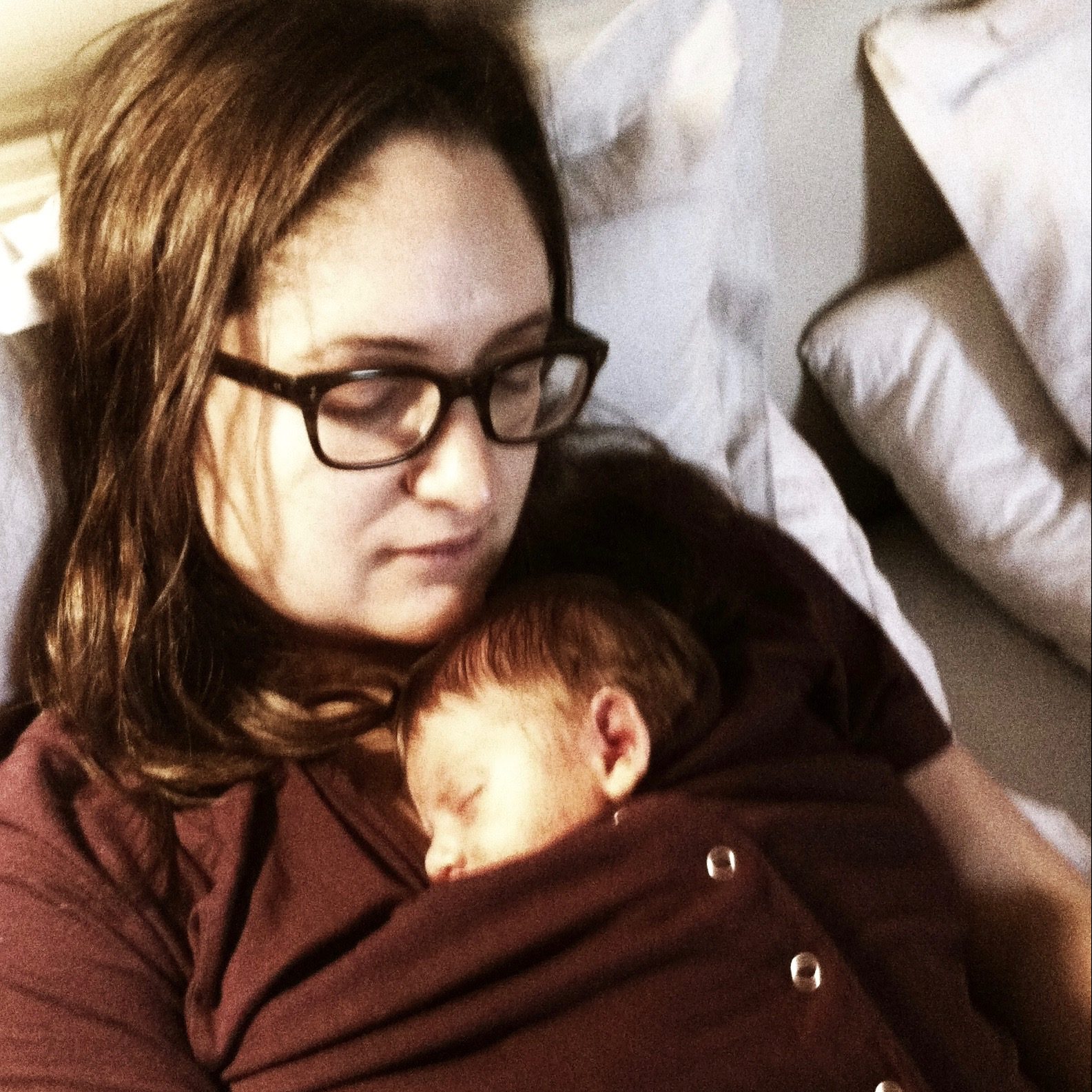 As it finally begins to sink in that my baby is now well over a year old and fast growing into a little boy, I have been thinking a lot about how much my life has changed over the past fourteen months. This feels even more pertinent at the moment as two good friends are just embarking on this journey: one gave birth in the early hours of Friday morning, and the other is due any day now. I don’t want to forget any of the seismic shifts I’ve gone through this year – neither the joy nor the pain that becoming a mum has brought.

And so with this in mind I’ve decided to put together a little series to document my journey. From birth to breastfeeding, from babywearing to sleep, these posts over the next few weeks will attempt to capture at least some of what Arthur has taught me in the days and nights we’ve spent together so far.

The story begins with an account I wrote in January last year to share my birth experience with my new friends from the NCT course Leigh and I attended in an attempt to prepare ourselves for what was to come. Reading it back now it’s a little clinical in parts, which is ironic as I definitely don’t remember it that way at all. I suspect I was still a little shell-shocked when I wrote it – and considering how exhausted I must have been am just glad I managed to get anything down at all.

My waters broke in the middle of an extended family outing on the Dartmouth-Paignton steam train at twelve thirty on the afternoon of the 28th December, and contractions started soon afterwards. We were home by about two, and decided that we definitely wanted to stay there if at all possible! The initial call to the midwife was met with a request to stay calm and call back when things were more established – which ended up being less than an hour later as things progressed pretty quickly. The tens machine was great at this stage, and in between pretty intense contractions I managed to wolf down some pasta to give me some energy.

By the time the midwife (Helen) arrived soon after three I was 4cm dilated, progressing to 9cm over the next three hours. I continued to use the tens machine over this time, taking it off to get into the bath – somewhere I’d imagined spending much of my labour – but found that I was actually much happier on dry land. The birthing ball was invaluable as a support for different positions, and there were also periods when I just wanted to sprawl out on my bed – the whole process was pretty exhausting.

About halfway through the first stage I started on the entonox – and that was amazing. It left me very spaced out initially, but really helped ease the pain as things progressed. The second stage started around six thirty, and Helen began trying to get a second midwife. It was a very busy night at Torbay hospital as we later found out, and it was two hours before Rachel, the second midwife, turned up. All in all the pushing stage lasted for about two and a half hours and there were various points when I really didn’t think I could do it, but Leigh and my mum were an amazing support, physically holding me up, pushing and breathing with me and generally keeping me strong. I ended up having to have an episiotomy as things were taking so long and I was at risk of tearing – and literally one minute later, at nine fifteen pm, Arthur arrived weighing 3460g.

I kept the cord pulsing for a while whilst Leigh and I marveled over this tiny human we’d brought into the world – I’d fully intended to go for a natural third stage, but the contractions were pretty painful and, especially after I realised the entonox had run out, I asked for the syntometrine – which got the placenta out straight away once Leigh had cut the cord.

Then followed a couple of blissed out hours of skin to skin as we got to know our new baby, broken only by the need to stitch up the episiotomy which Helen did under local anaesthetic using Leigh’s head torch and two kitchen chairs for my legs! Helen left at midnight, and we enjoyed a glass of champagne whilst introducing Arthur to his uncles and aunts, grandparents and even his great Grampa who’d all been waiting in the pub getting updates from my mum.

We’ve had a wonderful week and a bit since the birth, spending very little time out of our bedroom which has become overrun with nappies and breast milk. We have had a bit of trouble with getting breastfeeding established, with a stressful couple of visits to the special care baby unit when we found out that Arthur had lost 14% of his birth weight in his first three days – and his weight has been hovering around 3000g since, though he’s otherwise perfectly healthy. We’re now supplementing him with cup feeds of my expressed milk on top of three hourly breast feeds, and have an appointment with the breast feeding consultant tomorrow at Torbay hospital. The likely diagnosis is a posterior tongue tie which is making it very difficult for him to suckle properly. Hopefully if this is the case we can get it sorted quickly as it’s not much fun for any of us at the moment!

Overall the whole experience has been amazing, and we’re now left with this gorgeous little man who we’re falling more in love with every day.