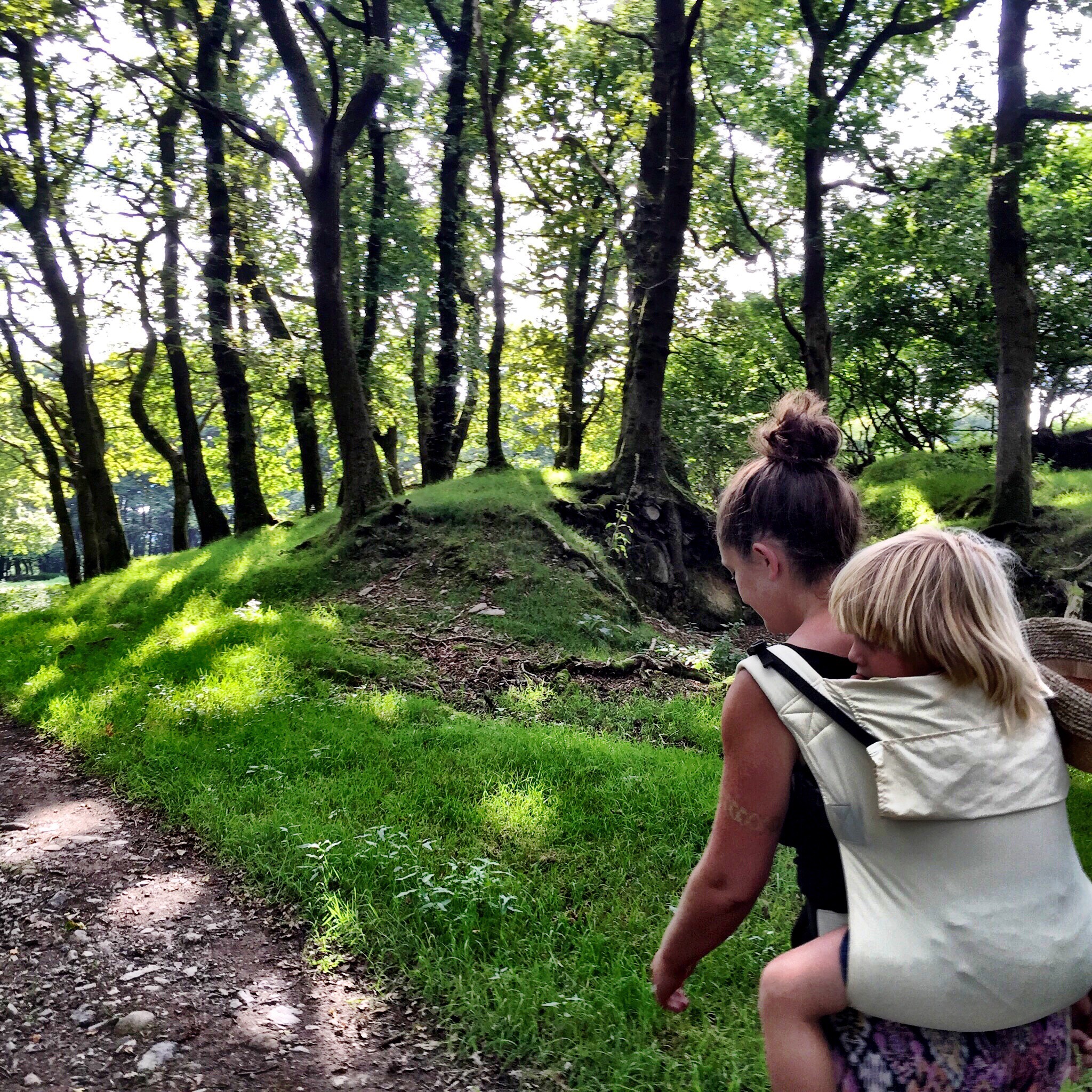 Arthur is definitely in the process of levelling up again at the moment, and there are so many moments I could write about that I’m struggling on choosing one to focus on!

Seeing as it’s International Babywearing Week, though, I thought I’d take the opportunity to reflect on our continuing babywearing journey – one thing I am very glad he hasn’t grown out of just yet.

It certainly raises eyebrows with some people, seeing my tall three year old perched up on my back in one of our trusty preschool Connectas. I suspect they think he’s older than he is – though admittedly plenty of people would balk at still wearing a child of his age anyway!

I don’t wear him as often as I used to, but I still very rarely leave the house without stuffing a Connecta into my backpack – just in case. It gives us the freedom to set off on adventures (in the city or the country) without a particular destination in mind. There are days when Arthur can quite happily walk his ten thousand steps alongside us, but there are others when his legs get tired and all he needs is a cuddle.

Sometimes he’ll sleep, but often he’ll want to chat. We talk lots when we’re holding hands as well, but there is something about the closeness that babywearing affords that makes the conversation flow even more easily. I was reflecting recently on why babywearing seems to have such a positive impact on language development, and there is no denying that it has helped Arthur become a confident communicator, just as happy talking to adults as he is to children of his own age.

It is an important reminder too that whilst sometimes he seems wise beyond his years he has only been on this earth for less than four, and so much of what he is experiencing balances precariously on the fine line between inspiring and overwhelming.

In fact there are lots of things we do together – many of them revolving around live music – that I’m not sure I’d be brave enough to venture into if I didn’t have the ability to hold Arthur close in the sling, to keep him safe and secure.

I am so grateful that I persevered through those early, sometimes confusing, babywearing experiences to find a way to make it work for us – and especially grateful that Connecta came into our lives when Arthur was eight months old to open up a whole new world of opportunities. It remains my one and only real blog collaboration, but has developed into so much more now that I manage the company blog at Connecta Lives and get to work within a truly inspirational community – one which has given me so much confidence as a parent and as a writer tentatively trying to carve out a new career.

Both Arthur and I have benefited so much from this babywearing adventure: we’ve no intentions of giving it up quite yet!