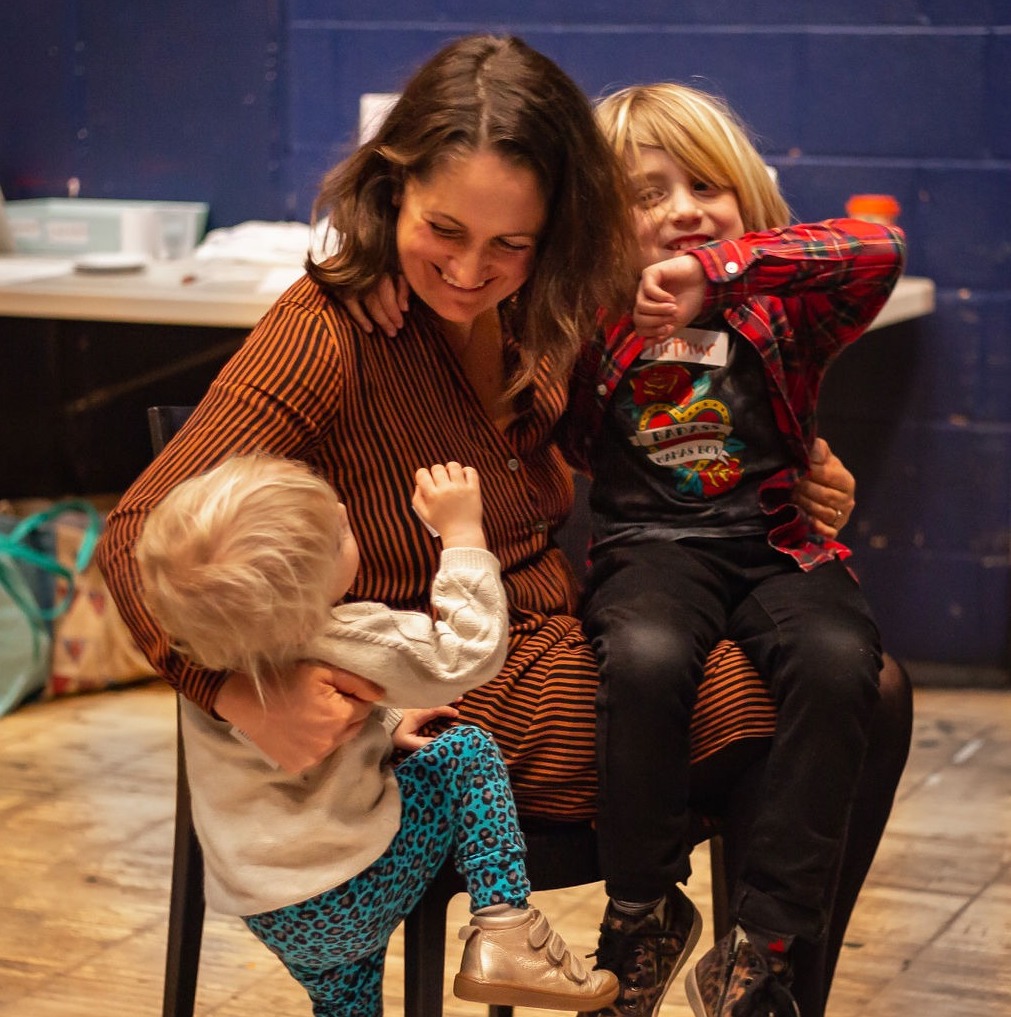 This post was originally written for Mothers Who Make as part of their ‘question of the month’ series. You can find more musings on motherhood and making on their website, along with links to a wonderful network of support and inspiration for mama makers. Image credit: Viola Depcik.

Before you read this post I feel that I should apologise: in case you disagree with me, in case what I’ve written is too much, in case it offends you. But this is Mothers Who Make, and we don’t apologise here for showing up as our whole selves, so instead I will take a deep breath and begin.

This has been a tough year. A tough year after a tough decade. One which, on a personal level, has been filled with many moments of joy – but where the weight of the world has pressed ever harder on my shoulders.

We’ve never lived through a pandemic before.

It’s brought out the best in us, and the worst. It’s brought us closer together, and deepened the divisions in values and circumstance that are tearing our society apart. And it has made the priorities of our government – to put profits above people – very, very clear.

This neoliberal agenda has its roots way back in the 20th century, and over the years we have pretty much come to take it for granted. Notions of unrestrained economic growth, wealth which is available to everyone if they just work hard enough, and the promise of freedom which is earnt by playing by the rules of society – alongside a reality of gaping gaps between rich and poor both on a domestic and international level. In many ways the Coronavirus pandemic has provided precisely the kind of crisis that the neoliberal elite love: an overwhelming distraction that they can use to impose more unpopular policies, accusing people of being unpatriotic or even undemocratic if they oppose them.

Yet it has also sowed the seeds of something new. Off the back of years of campaigning from environmental and social justice organisations, many more people are beginning to realise that the future could perhaps look very different. That the planet cannot handle this unfettered capitalism for much longer – and neither, given the explosion in mental health issues even before the challenges inflicted by 2020, can we. That there might be different ways of living that could be more fulfilling for us and our children, whilst at the same time starting to reverse the destruction we have wreaked on the global ecosystem.

And this – this imagining of a different world – is making some people very uncomfortable.

In England, the government released guidance last week which told teachers not to use resources from any organisation which has advocated abolishing capitalism – even if the materials themselves did not express such a view – as it would imply support for an “extreme political stance” on a par with racism and opposition to freedom of speech. Aside from the obvious hypocrisy of a statement which alienates many anti-racism campaigners and seeks to silence the voices of those who might want to legitimately challenge the status quo, this is a sign to me that they know their power is waning. The neoliberal story is coming apart at the seams, and a new narrative is taking shape which could take things in a very different direction.

As actors in that narrative we have a choice to make about the future that we want to see. And as mothers – and especially as mother makers – we hold in our hands a huge amount of power to shape the world our children will grow up into.

One of the most effective strategies of neoliberal capitalism is to convince us that we are not enough. That we are deficient in a myriad of different ways, and powerless to take control. It makes us the perfect consumers – hungry for the things we can buy to improve ourselves and make life better for us and our families. And if we can’t buy them – if we are part of the huge swathe of the population struggling to even afford the basics we need to live – we are taught that it is our fault, that we’re just not trying hard enough.

In motherhood especially this can lead to a real sense of disempowerment – a lack of trust in ourselves and our ability to provide for our children. There is so much that is marketed to that desire to give our children the very best start in life: elaborate toys, sleep training programmes, gorgeous clothes, endless baby classes. It plays into the competitiveness which fuels the capitalist fire, the fear of being left behind. It sells us baby walkers (and mini trainers) to get those little people up on their feet as soon as we can, electronic learning games for toddlers in the hope that they’ll know their ABCs before they start preschool, tutors to help seven year olds pass their SATs with flying colours. It rushes us back into the workplace before we’re really ready, no matter that our salary barely pays the childcare fees. It tells us that teachers know our children better than we do, that school is the only place they can get an education, and that compliance with authority is the most important lesson they can learn.

None of this is bad in and of itself – if it works for you then that’s awesome. But if it doesn’t, if the treadmill is making you tired and you’re fed up of searching for the next best thing then stop. Breathe. And work out what it is you truly need.

Our role as mothers may be woefully undervalued by the capitalist system, but we do have the power to choose where we focus our energies, to withdraw our consent from expectations that we disagree with, to challenge the assumptions around the status of mothers (and children) in wider society.

We can choose to raise our children with principles we believe in, to communicate messages to them that deviate from those which dominate the mainstream, to be their allies and their advocates instead of colluding in their oppression.

And, little by little, we can build a kinder, more inclusive world – one where everyone has value.

If as mothers we hold the future of the planet in each act of care we carry out for our children, as mother makers we are doubly powerful in our ability to reach beyond our inner circle and inspire through the particular capacity of art of all kinds to reshape the narrative and reimagine what is possible.

Creatives are uniquely placed to lead the revolution – and this is I believe a significant reason why the UK government shows such disdain and disregard for the arts and creative industries.

Just as Media Studies is decried as a ‘mickey mouse’ subject because it directly exposes the techniques the government and their allies use to manipulate the opinions of the population, the Arts in schools are sidelined because they nurture exactly the kind of creativity and independent thought that can be used to challenge the status quo.

It starts in the Early Years, when days that should be dedicated to open ended play are instead filled up with increasingly formal literacy and numeracy, and can be seen right through the education system: ten year olds spending whole terms doing nothing but exam preparation, teenagers being told they can’t study the creative subjects they’d prefer because they don’t fill the right assessment bucket. And it continues in the world outside, as the government response to the impact of Covid has shown so starkly.

Our art is important. Our making is important. It holds a mirror up to the present and shows how life could be, it inspires, it sustains – and it can be an escape route from the treadmill our leaders would rather keep us tethered to.

From the stories we tell to the songs we sing to the materials we choose to the business models we adopt to share our work: we are creating the fabric of the future.

And so this month, wherever you are in your mothering and your making, I would invite you to consider these questions: What are the changes you would like to see in the world? How are you making waves in your mothering? And in your making? What changes (small or large) could you make in either to help create the future you dream of for yourself and for your children?