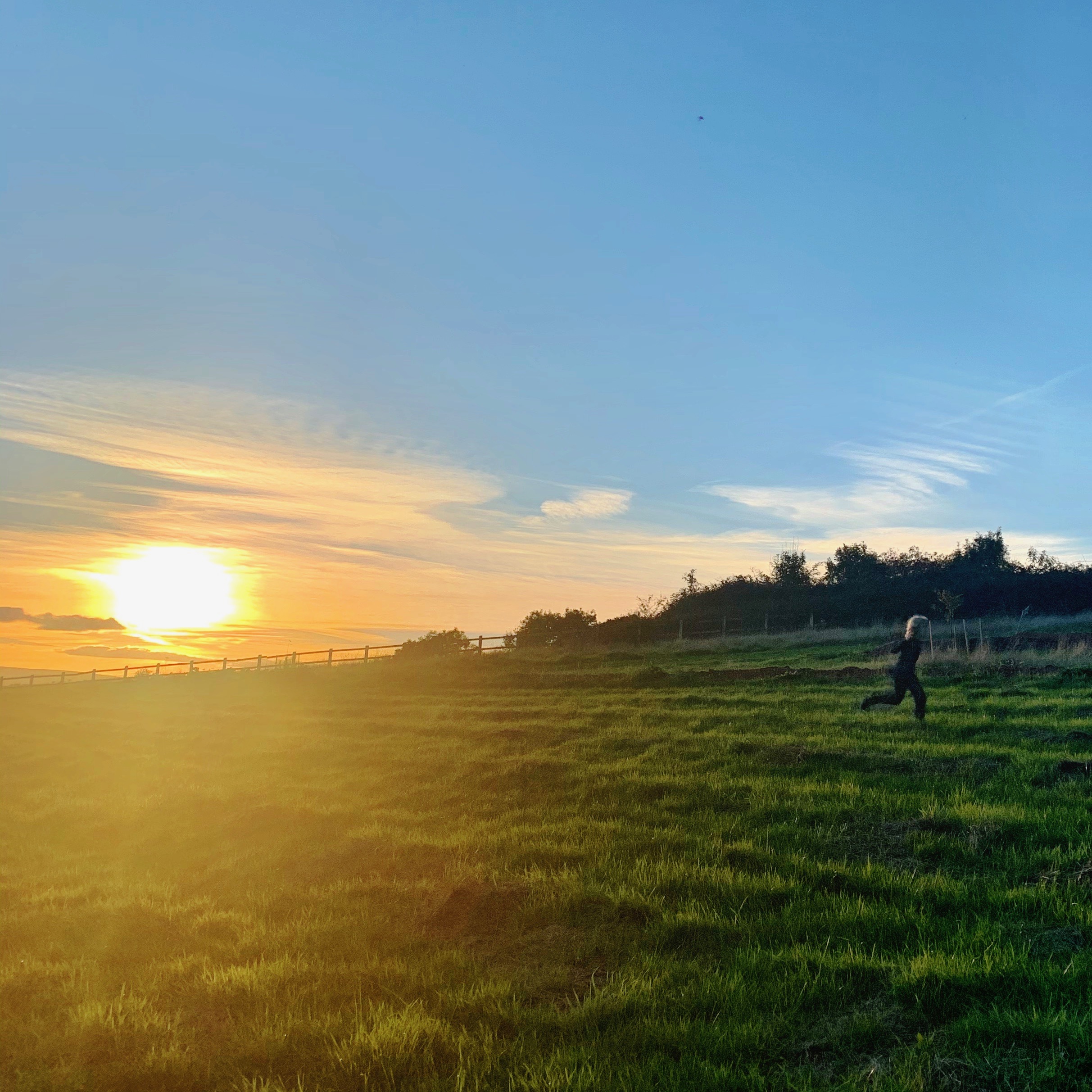 September. A month full of gratitude for the lingering warmth of the sun’s rays, for the harvests in hedgerows and gardens, for noticing the chill in the air and the dark folding in a little earlier each evening – and for plucking children out of their summer reverie and packing them back into their classrooms.

Since I first made the decision to step outside of the education system the flurry of activity at the start of the school year has seemed increasingly surreal – the clear demarcation of the ‘not learning’ of bare feet in the earth and dreamy days of play from the ‘learning’ of identical uniforms and assessment objectives. This year it seems even more so. Not only because 2020 has seen most children outside of school for almost six months rather than the usual six weeks but also because the strange normality of the ‘back to school’ vibe of my social media feeds stands in stark opposition to the hope of something new that hovered over the uncertainty of lockdown.

Back in March, when the UK joined the rest of the world by going into lockdown to slow the spread of the coronavirus pandemic, it felt like nothing could ever be the same again. It was scary – particularly against the backdrop of suffering and death that had caused the planet to stall – but there was a sense of opportunity too.

From Arundhati Roy’s lyrical call to arms ‘The Pandemic is a Portal‘ to the captivating vision of hope from Tomos Roberts, ‘The Great Realisation‘, commentators and creatives clamoured to make meaning from these strange, strange times. Very many of them reached the same conclusion: this was our chance to create the world we want to live in, to shake off the shackles of what we had come to accept as normal and strive for something better, for all of us.

It was an odd response, on reflection, to a global catastrophe: a sign of a society in such dire straits that it breathed a sigh of relief when it was forced to stop.

And of course for many that hope remained just as out of reach during lockdown as it had before: children whose families were living hand to mouth, elderly people who knew isolation only too well, millennials subsisting on precarious zero hours contracts, women who found their hard-won veneer of equality ripped off sending them spiralling back into the 1950s. There was talk from some quarters in the early days of the pandemic being ‘a great leveller’, but of course that wasn’t true. It laid bare the deep divisions in our communities, and for many the lack of anything resembling a community at all.

But for many others life really was better.

For many parents, it strengthened their relationships with their children. In many countries, rates of premature births plummeted. Neighbourhoods who had never previously known strong connections saw a resurgence of community sprit. People began to see nature as increasingly important, and protecting it a higher priority. Teenagers, free of the pressures in school, experienced a drop in rates of anxiety – as did children with special educational needs and disabilities.

All of these things should have acted as a lesson: both the hardships that were exacerbated by the impact of lockdown and the window into a different world that opened up to those of us privileged enough to glimpse through it.

And yet instead here we are at the start of a new school year and everything appears to have returned pretty much to normal – except worse.

The education secretary is proposing ‘longer school days and Saturday classes‘ to help children ‘catch up’ – although who they’re catching up with is anyone’s guess. Psychologists are stressing the importance of play, but with each raft of new legislation that comes in it is clear that social interaction is at the bottom of the government’s priorities. And as infection rates begin to climb again students and teachers are continuing to be crammed into small, poorly ventilated spaces and expected to navigate their anxieties armed only with masks, hand sanitiser and a hefty dose of cognitive dissonance.

The situation beyond the school gates is no less dystopian.

Artists and cultural institutions, who have played such an important role in helping us all cope with the stresses this year has wrought, are struggling to survive. The natural world, which so many gained a new appreciation for under the constraints of lockdown, is being decimated by ongoing work on HS2 – a hundred billion pound project which has always been contentious and now, in the light of how eagerly people have embraced home working, seems completely ludicrous. And the people who, against the backdrop of a global climate emergency, are standing up and protesting against it were accused of ‘organised crime‘ by the Home Secretary for disrupting the propaganda produced by the Murdoch press – on the same day that the Council of Europe issued a media freedom alert over the UK government’s blacklisting of investigative journalists.

The elite are clinging desperately to the status quo – a status quo which serves them and their bank balances very well. They will do their very best to sell it to us – to convince us that we want to be working in the office even if it costs us more in time and money, to claim that it is our duty to prop up the economy even if we’ve discovered new ways of working that serve us better, to insist that being at school full time is the only way children will thrive – despite copious evidence to the contrary.

Of course for many people, adults and children alike, school is an essential part of daily life – but that doesn’t mean it has to look the way we’ve come to think it does. There are so many ways in which our education system could have evolved over the past few months to make it safer for everyone involved, not to mention more nurturing and empowering for the people within it.

We could have embraced flexischooling, recognising that whilst for many families full time school is a must there are many, many others who have cherished the extra time they’ve had to learn and grow together and would love to find a better balance between home and school. We could have moved learning spaces outdoors – into school grounds, but also community gardens, city farms, woodlands and beaches – not only expanding the amount of space children have to safely learn but also to reverse the worrying trend which has seen children in the UK spending less time outdoors than prisoners. We could have forged closer links with cultural and arts spaces – museums, galleries, theatres, libraries – rotating groups of children into reimagined classrooms rich in inspiration and supporting the people who work within them in the process. We could have foregrounded play and discovery at every level, allowing children to direct their own learning paths in ways which worked for them and their families. And we could have finally called time on a desecrated exam system, one which reduces the humans within it to numbers and pays little attention to the true potential of our young people.

This might all sound like fantasy, but knowing the amount of effort schools have undertaken to fulfil ‘Covid-secure’ requirements I can’t help but wonder what they could have achieved if their efforts had been targeted elsewhere. The fact that they were not is no reflection of the impossibility of the task, but rather that an education system developed along the lines I’ve described above would place the power back in the hands of children, parents and teachers – and take it away from a government which is intent on using our schools as vessels of control.

I still hold onto hope that I might one day live to see a state-funded education system in this country that truly has the interests of children at its heart. In the meantime I will continue to be grateful every day that I have the freedom to follow a different path – and to implore you not to let go of the sense of possibility that this year once held. The possibility that things could be different – could be better.

We must continue to strive for better – in our schools, and in wider society. It might feel as though the present – let alone the future – is spiralling out of our control, but really we are the only ones who have any hope of changing it.

And if I’m honest I believe we have a responsibility – to ourselves and to our children – to do just that.

If you are involved in education in any way then please take a look at the Toolkit for Rebellion from XR Educators – a treasure trove of resources for changemakers at every level. We are holding an online launch event on Saturday 12th September and it would be awesome to see you there.