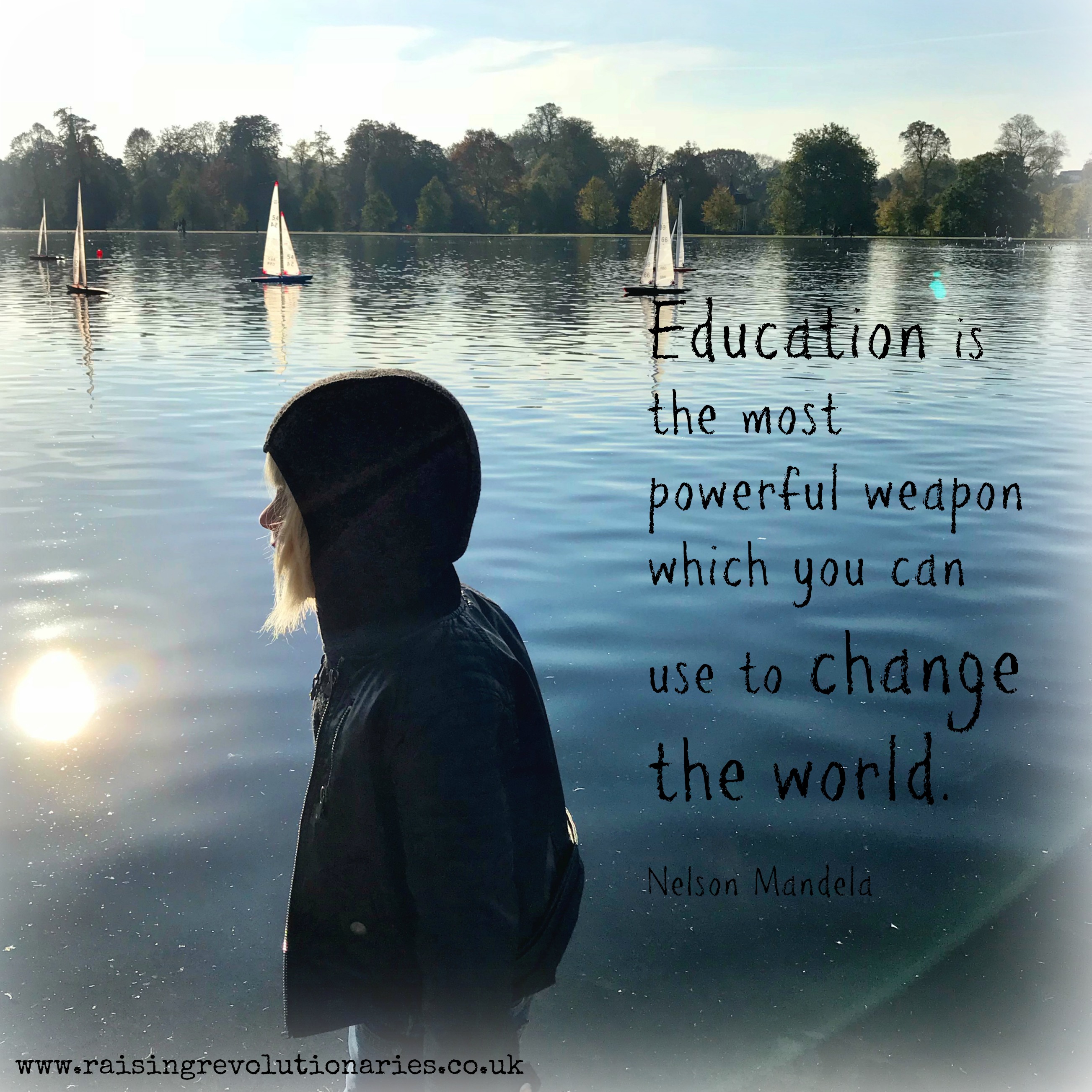 There is a clear rhetoric that surrounds current UK education policy, and mostly it is around the idea that it is failing. Failing to provide what our children need to flourish, failing to protect them from mental health problems, failing to inspire creativity and aspiration, failing to allow young people to emerge as confident, well-rounded individuals.

It’s taken me a while to reach the position that I now hold, but I think that this notion that the education system is failing is wrong.

I’ve been thinking about it all again lately after reading about the publication of Sir Al Aynsley-Green’s new book, The British Betrayal of Childhood. His central tenet is that childhood is being ruined in the UK, and he picks out several aspects of schooling in this country that he believes ‘point to a disconnect with what actually matters to families’: ‘the unnecessary distraction of grammar schools, the consequences of cutting budgets, the narrow test-orientated curriculum, the denial of the importance of the arts’ to name just a few.

His credentials are impeccable – with more than 40 years’ experience of working with and for children as a physician, professor and children’s commissioner, and a knighthood for his services to children and young people he would most certainly qualify as an expert. Though of course we know what the Tories think about experts.

I am, unsurprisingly, entirely in agreement with this view of our current education system. It is why I have stepped out of teaching, and have chosen to educate my two boys at home. What I don’t agree with, though, is the notion that Aynsley-Green’s book will ‘shame politicians’. And that is because, far from being a failure, the decimation of our schools that the Tories are presiding over is achieving exactly what they will have hoped it would.

It’s a mistake I think many educational commentators, teachers and parents are making: working from a presumption that the priorities they hold dear – of a system which meets the needs of all children, which encourages everyone to reach their potential, which reduces inequality and produces thinkers, empowered and equipped by their time at school – are anywhere near the priorities of our conservative government.

This current government might have claimed that it is interested in helping our children to succeed, but with little evidence that they are pursuing that goal it is hard to ignore the probability that something else entirely is going on.

The evidence that the path they insist on following is the wrong one is incontrovertible, and gets increasingly so with every passing day. There was a time, in the now heady-seeming days of Gove, when it was just about possible to construct a narrative that supported their drive towards the multitude of meaningless assessments in the name of rigour, of shovelling in knowledge at the expense of consolidating skills, of focusing on the core ‘academic’ subjects whilst creativity languished in their shadow. Back then, for every idyllic advance in Finnish education people like me swooned over, Gove and his supporters could point to the latest trick in Singapore’s book. They used the argument that the curriculum they were pushing for was inspired by private schools, and that it was a magnanimous act of generosity to extend the same privileges to the masses.

Except now it is the elite private schools in this country that are the last remaining bastions of the arts in education. And Singapore has scrapped its testing programme after recognising the devastating effect it was having on childrens’ mental health.

But still our state schools are forced relentlessly along a treadmill which is reducing children to cogs in the machine and draining teachers of any resources they may have had to campaign for change.

And in the process the Tories are creating exactly the sort of society they need to advance their aims.

It’s worth taking a moment to think about what the alternative would mean for them:

What would it mean for the elite if every child had access to an education that fostered these values? If they were able to recognise the shaky ground society is built on, and the people and resources that are squandered along the way? What if all children had access to the kinds of inspiring opportunities that would inflate their CVs and pique the interest of employers without having had to pay for the privilege? What if young people came out of school with the confidence and creativity to viably challenge the status quo, to not only believe that another world is possible but to actually have the tools to make it happen? What if, as adults, they would not be suckered in by advertising and the media and refused to buy in to the economy that relies on their sacrifices to line the pockets of the people at the top?

Far better to drill the spirit out of children as soon as possible. To curtail their natural development and sit them behind a desk, filling their minds with useless knowledge and their days with frustrating attempts to perfect skills they are not yet ready to learn, or repeatedly practice ones which they are expert in. Better still to paralyse them with anxiety and depression, to sow the seeds of self-doubt that will endlessly perform an internal sabotage whenever they get too close to realising their potential.

Of course there is an important line of defense between the government and our children. For the most part teachers would never consciously want to contribute to this clipping of wings – the vast majority of teachers I have worked with are passionate in their idealism about what education can achieve. They are clever too, and hardworking: not easy to defeat directly, but susceptible nonetheless to the relentless barrage of increasing workload, decreasing budgets and ever shifting goalposts that have characterised the last eight years. New entrants to the profession are already being forged as foot soldiers for the government’s goals, with a reduction in the breadth of academic teacher education and a focus instead on training in current methods, hitting the ground running to avoid too much time to think.

But the alternative is even harder to believe: that our government is so stupid as to think that it can employ methods and curricula which have been disproved time and time again in research spanning several decades and continents and yet somehow provide a quality education for our children.

The reality is that they are not failing, they are achieving exactly what they set out to do: creating a population that is stressed out, exhausted and unable to think, reliant on quick fixes and lacking the perspective or the confidence to see how completely they are being manipulated by the few who are profiting from their struggles.

If we want a different future for our children – and I cannot imagine why anyone would not – then we need to shift the narrative. There is nothing incompetent about the way the Tories are running our education system into the ground. They are not ill-informed. Rather they are expert rhetoricians driven by a very clear vision which serves them very well. They do not want the world to change: it is up to the rest of us to make it happen anyway.

2 thoughts on “The fallacy of our ‘failing’ education system”