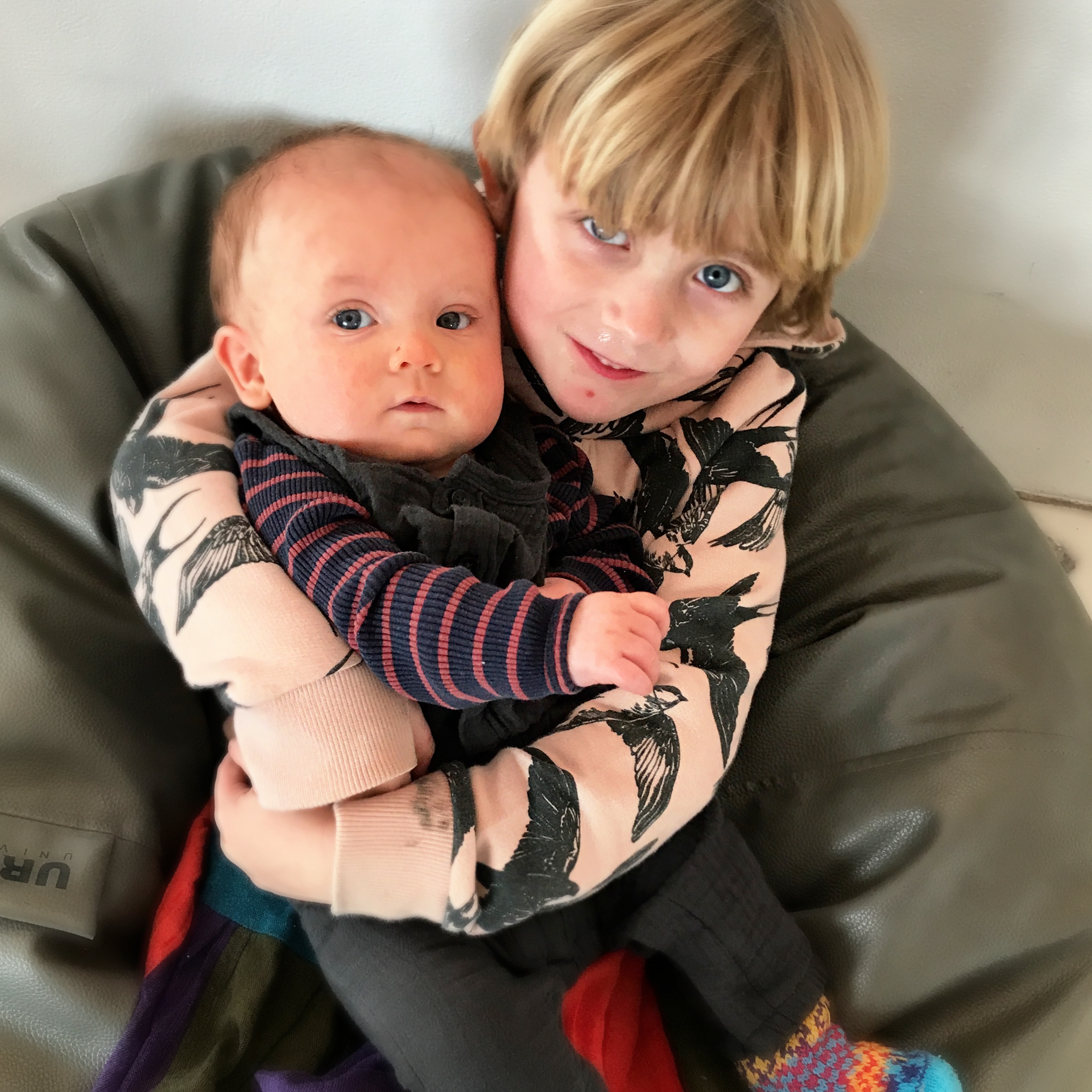 We spent last week in a yurt in Lanzarote. It’s a trip we’ve made before; I’m normally not a fan of returning to the same spot – there are just so many places I want to visit – but Finca de Arrieta is different. It is the perfect location to relax as a family, and when we were mulling over ideas for a winter sun escape with our newest addition we really couldn’t think of anywhere better.

Of course as often happens when travelling things didn’t quite go to plan… Lanzarote was still beautiful, the yurts were still awesome, but the weather did not play ball. I’d scanned the forecast before we left and refused to believe that it could be quite as bad as the iPhone predicted, but it turned out it was spot on. Grey, cold and rainy for the majority of the trip.

We didn’t let it ruin our holiday – though there was rather more exploring and rather less relaxing on the beach than we’d planned. It did however feel rather more like camping than it has done before (albeit very much of the glamping variety), and put our level of preparedness to the test. Given that we’re in the process of gearing up for a two month adventure around Europe in the campervan this Spring the lessons we learnt will come in very handy…

Pack more clothes than you think you’ll use

This isn’t normally an issue for me – I am not very good at packing light, so ordinarily I come back with lots of clothes unworn resolving to bring less next time I travel. When the clothes in question are for a four month old baby, however, less is most definitely not more. We seemed to have an almost daily nappy explosion, and whilst we could wash clothes, drying them outside was a bit trickier given the damp weather. Seeing as Orson’s clothes are so tiny anyway I will be making sure I bring considerably more outfits along for him than the rest of us when we set off in the van. And given that we’ll be starting his weaning journey whilst we’re on the road this will be even more essential!

Remember any special products that they need

More things to take up space in the luggage, but don’t count on being able to find the products that you trust for your baby’s skin when you’re travelling – particularly if you’re abroad, but just as likely to be a problem if you’re off the beaten track in the UK. Orson has particularly sensitive skin so there are only a handful of products that don’t bring him out in a rash. I thought we’d be able to get away with using regular non-bio washing liquid for his clothes, but it wasn’t nearly as gentle as the eco product we normally use. We also hadn’t brought enough wipes for the week, thinking that we’d be able to pick something up there – but everything in the supermarkets was full of chemicals. Reusable wipes would perhaps have been a better option, but the challenge of how to wash and dry them still remains…

Bring somewhere for your baby to sit

Orson still spends an awful lot of time in the sling, and babywearing was absolutely essential for most of our trip, but there were times when we really wanted somewhere to put him down where he would be safe and still feel part of whatever was going on. We’d decided at the last minute to bring our bouncy chair and we were really glad we did. 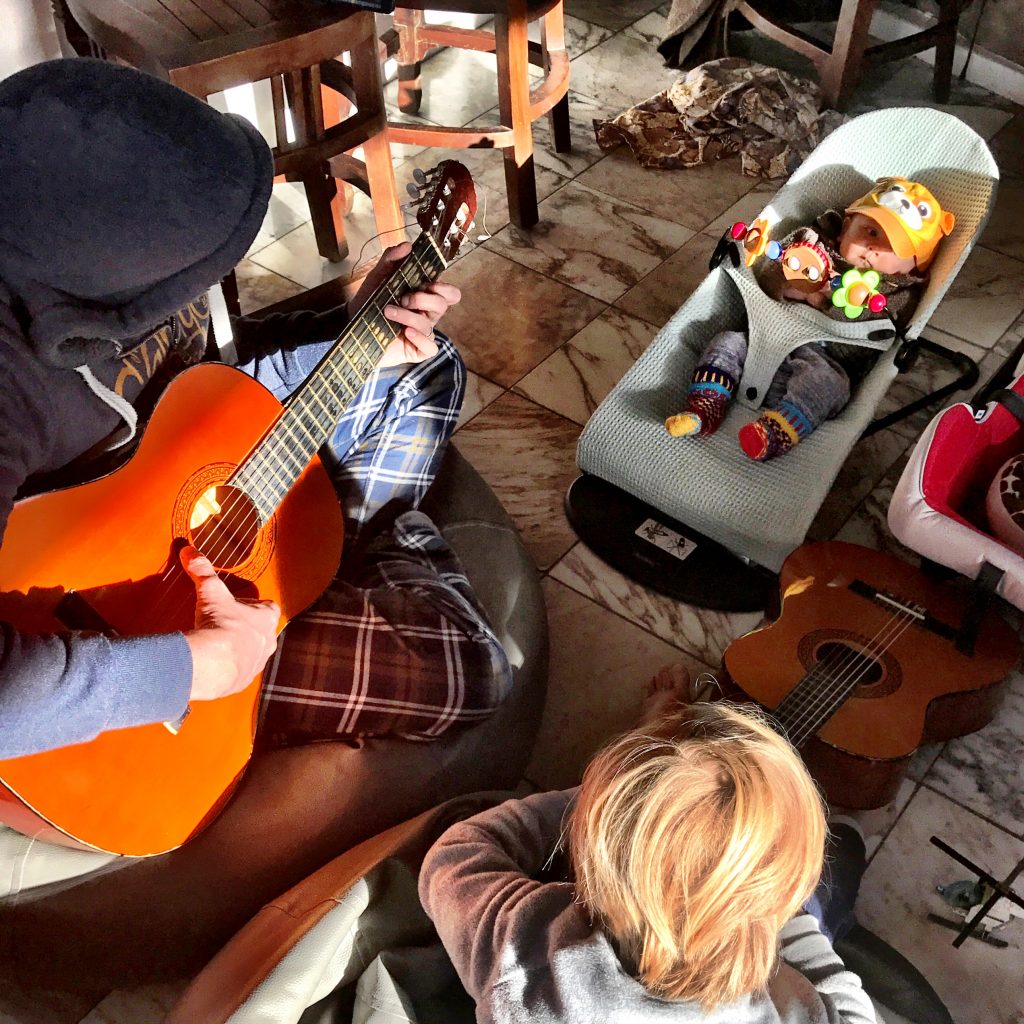 There was plenty of space in the yurt for a travel cot, but given that it was so chilly this really didn’t feel like an option for such a tiny baby. He still feels a bit too small for me to comfortably co-sleep with him too – especially when I needed to be wrapped up against the cold! So I was really glad we’d packed our Sleepyhead (we put in in a bag with the bouncy chair for the plane and together they went under the baby’s special luggage allowance). It meant Orson could be right next to me but had his own safe sleeping surface, with the added benefit that it was nice and familiar in the rather unusual surroundings.

This one was definitely not top of our list for a week in Lanzarote, but after we discovered some stashed away in the yurt we found it was invaluable for settling Orson down to sleep. It got really chilly at night – and if you’re camping in the UK that is likely to be the case all year round. I had at the last minute packed Orson’s winter weight sleeping back just in case (it’s a gorgeous merino one that keeps him cosy without sweating) so I wasn’t all that worried about him getting cold during the night. However the process of transferring him from boob to bed almost invariably woke him up when the bed itself was so cold. I would not recommend putting a hot water bottle in bed with a baby whilst they sleep, but using one to warm his Sleepyhead for ten minutes or so before I laid him down was a revelation! Add to that the general benefits of sleeping in cool, fresh air whilst wrapped up warm and we all ended up getting considerably more rest than we do at home.

I’m sure there are plenty more things that will come to mind as we prepare for our campervan adventure, but it’s reassuring to have experience to draw on rather than leaping completely into the unknown! I’d love to hear your tips too if you’ve travelled with a tiny baby – please share them in the comments 🙂