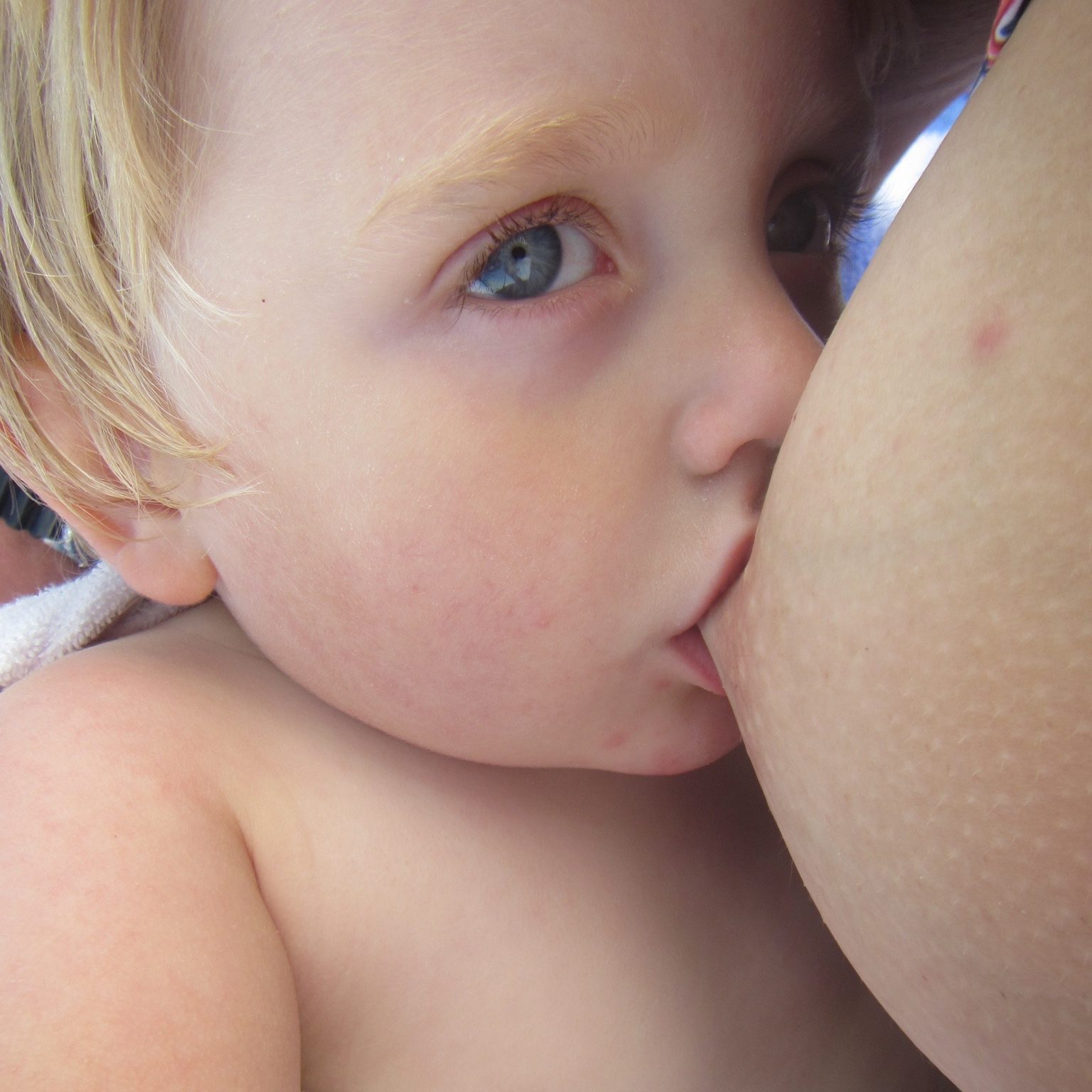 A storm erupted on social media yesterday which reminded me that we still have a long way to go before society fully accepts that it is perfectly normal and natural for babies to be fed from a woman’s breasts.

As I’m writing this, my toddler is nursing in the sling. It’s easy to get complacent in my own little corner of the universe – to forget that there are still many people who would look on what I’m doing as disgusting. Sure there are reminders now and again. The woman called a ‘slut’ by an elderly couple for breastfeeding her child in a coffee shop in London. The nursing mother subjected to abuse by teenagers on a local bus route. But it’s relatively easy to dismiss these as little pockets of ignorance – important to stand up against, yes, but situations that arose in the heat of the moment.

And then yesterday it emerged that a popular ‘family friendly’ cafe in leafy Surrey had decided it was appropriate to display this sign on their front door:

I, like many others, was gobsmacked. I mean – what were they thinking? A woman’s right to breastfeed her child – and indeed that child’s right to be nourished and nurtured – is entrenched in law. It is illegal in this country to tell a woman she cannot breastfeed her child, or indeed to discriminate against her in any way for that reason.

But here is an established business telling its clientele, openly and publicly, that they have the right to tell breastfeeding mothers to feed in the toilet.

This is wrong on so many levels. There is the fundamental idiocy of suggesting that it is in any way appropriate for a baby to eat in the place where people defecate. I have yet to find anyone who has expressed this as well as the poet Hollie McNish, so I’m just going to leave this here:

There is the thinly veiled implication that well-behaved dogs are more welcome than breastfeeding mothers and their babies, the mind-bending logistics of a group of mums taking it in turns to leave their friends and their coffee and cake at the table and take their baby and the thoughtfully provided chair into the disabled toilet. Or perhaps the whole group is expected to relocate, coffee and cake and all.

All of this aside though, there is a psychology at play here which is insidious and dangerous, and that is where for me the biggest problem lies.

I’m not too worried about me. I hope I’d have the guts to tell the cafe where to stick their sign. I know my rights, and I’m confident enough in the many benefits to me and my child of continuing our breastfeeding relationship that I wouldn’t be put off by such an impolite notice.

But what of those who are less confident? What of the mum in the early stages of breastfeeding her child who is self-conscious and embarrassed? What if she decides that this precious social time with her friends is so important that maybe she’ll just take a bottle to feed her baby when she goes out? What of her dwindling supply, her feelings of failure and resignation to not being able to follow through on her desire to breastfeed? What of her child, missing out on the many benefits that nursing can bring?

Not forgetting the rest of the cafe’s clientele. Like with many forms of discrimination, there are the people whose discomfort at being in the company of a breastfeeding mother simmers just below the surface. Seeing an official sign like this normalises their attitude, perhaps increasing their confidence in expressing their inappropriate views in another situation.

The cafe has claimed that there was a misunderstanding. Using the oldest excuse for bigotry in the book, the cafe owner has claimed that having breastfed her own children how could she possibly be discriminating against breastfeeding mothers. But there is nothing I can find in that sign that is ambiguous: she claims she has the right to ask breastfeeding mothers to feed in the toilet. And that is unequivocally wrong.

The cafe’s ratings on various online sites have plummeted after people expressed their disgust at their gall. The prospect of a nurse-in protest was clearly not one the owner wanted to face, and I understand the sign has now been taken down.

This is ultimately a good thing. But it took five weeks for this story to be picked up by social media – that’s a long time for something so damaging to be in the public sphere.

So whilst this particular tale of discrimination might have something approaching a happy ending, it is clear to me that this is not a time for us to be complacent. Not at all.