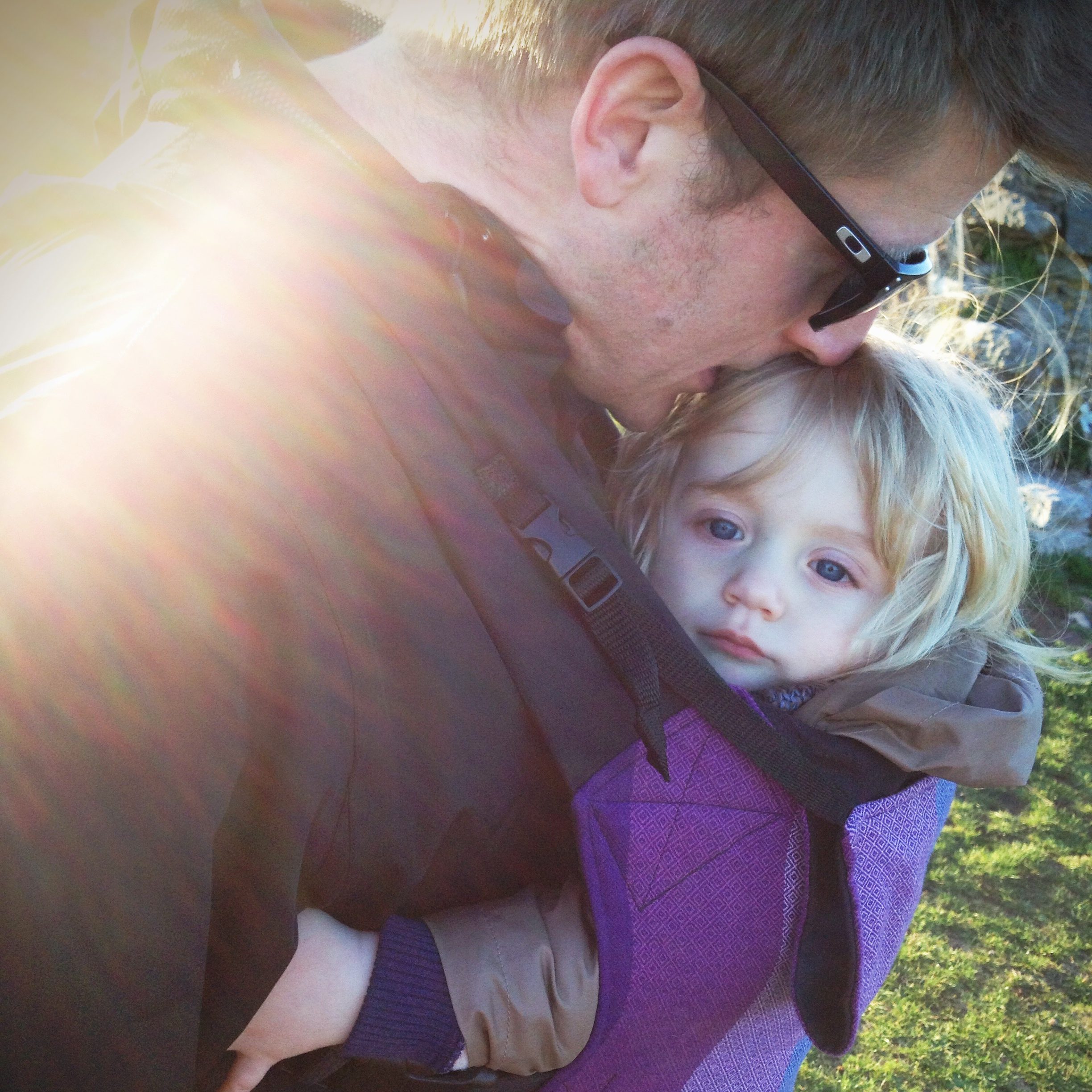 Before Arthur was born, I didn’t really have much of an idea about the kind of parent I wanted to be. I knew I wasn’t great at keeping to fixed routines, and my time as a teacher had taught me that nurturing young people generally works best when you take the cues from them. But it was one thing listening to teenagers communicate their needs and wants – how on earth was I supposed to do that with a tiny baby?

I knew I wanted to breastfeed, but I figured I’d want to express fairly regularly so that other people could feed the baby too and I could have a bit of freedom. It was losing my freedom, if I’m honest, that I was most nervous about. I was sure I’d want to make the most of my parents’ enthusiasm as new grandparents to get out for time alone with Leigh, to touch base with the me that I was before I became pregnant rather than letting this new little person take over everything.

We were given a pram by Leigh’s parents, having researched endlessly which one would be best for tackling the off-road paths and beaches near where we live. My mum helped me decorate the nursery, all decked out with the cot the baby would move into once he’d passed the six month stage and was ready to graduate to his own room. I knew there would be times when he would sleep with us, but I definitely didn’t want to encourage that on a regular basis.

And then when Arthur was born everything changed. He went from being an abstract baby to a real little human being – and I was surprised to find that I didn’t want to leave his side. I didn’t really get out of bed for the first two weeks after he was born. Partly because it was the middle of winter, and partly because it took all the focus and energy I could muster to overcome the problems we had getting breastfeeding established (you can read about that here). And during that time, when I wasn’t dozing, I read. I started by browsing internet forums looking for inspiration about how I was actually going to approach this business of parenting. I know people say that you should just trust your instincts, but I was terrified of getting it wrong – I did have an idea about how I wanted to do things, but it was so different to what I considered socially acceptable that I needed validation. And slowly I began to find it.

I realised that I identified with what people were calling attachment parenting – I’d never heard of it before, but keen to find out more I ordered several books – Dr Sears’ The Baby Book was great for day to day questions and concerns, but it was the work of Deborah Jackson that really inspired me. I read When Your Baby Cries and Three in a Bed, and as I journeyed with her through different times and cultures I realised that the status quo I had come to accept was far from the only option.

As Arthur and I began to face the world together, I began to put these ideas into practice. After nearly being put off by the first sling I tried I soon became a convert to babywearing – I wrote about the beginnings of that journey here. I found that I was so calm and focused when I was wearing my baby – I didn’t have to put him down alone to get things done, or worry about him as he napped elsewhere. Bizarrely by physically attaching Arthur to me I found I finally had the freedom to begin to live my life again, starting with beginning to write the novel that had been swimming around in my head for so long.

It was a long time before we asked my parents to babysit – they’ve still only done it a couple of times – because we decided we’d miss Arthur too much and would rather he just came with us. And so he did, to meals out, to parties, to gigs, to festivals. I was surprised again – though of course relieved – to find that Leigh shared my inclinations, and as a result the three of us have had so many fantastic adventures together.

The thing that has most surprised both Leigh and I though has been I think our attitudes to sleep. The sixth month point came and went long ago and Arthur is still sleeping in our room. We’ve talked about it, and both agree that it’s going to be a little while before we’re ready to give up co-sleeping. Arthur loves being close to us, and there is something quite magical about sharing the moments just before he goes to sleep and when he has just woken up as well as the groundswell of love that I still feel when I watch his sleeping form in the middle of the night or he snuggles up to me for a feed.

I know that we’ve been lucky, that there are certain freedoms that we’ve had that have meant I have been able to let Arthur set the pace. I haven’t had to go back to my job as a teacher, and as I muddle through in my attempts to forge a new career at home I can adjust how and when and where I do things to suit his rhythms.

And bizarrely, with all this talk of attachment and the warnings I’ve ignored from well meaning advisors, Arthur’s actually becoming a very confident and easy going little boy. He rarely cries, and as much as I try to follow his cues whenever I can he is proving himself to be highly adaptable when he has to fall in step with me.

I am just so glad I took the time to explore the alternative approaches to parenting that were out there, to find a way to meet the needs of both my baby and myself. I’m glad too that I accepted the changes that becoming a parent wrought within me – however surprising they were at first. I suppose you’ll never know what sort of a parent you’ll be until you are one – I’m not for a second suggesting that the approach we’ve taken would work for everyone, but for the time being at least it definitely seems to be working for us.